The City of Minneapolis will reconstruct Hennepin Ave S from Douglas Ave to Lake St in 2023. Right now, Hennepin’s four lanes of undivided car traffic make it a stressful place to bike, walk, and roll, despite the many local businesses that make it an engaging place to be. This reconstruction is a once in a generation opportunity for us to make Hennepin Ave S the thriving, connected, people-centered street we know it can be.

In September our Streets for People Work Group created an advocacy guide ahead of the City’s September 30th Open House. We encourage people to use this guide to share their experiences with this stretch of Hennepin Ave S, and their vision for the future of this corridor.

Wedge Live and streets.mn also shared posts highlighting the importance of the Hennepin Ave S corridor, putting forward bold visions for what this street could be, and urging people to speak up.

While we were excited to attend the September 30th Open House, we were disappointed with how the City of Minneapolis presented their plans for the Hennepin Ave S reconstruction.

From the beginning, staff emphasized the 88 ft of right of way, or width of the street. They said 88 ft is simply not enough to fit all of the needs of the street, stating that there are ‘tradeoffs’ in designs. The implication here was that 88 ft is not wide enough to accommodate biking, walking, and transit while also maintaining at least three car lanes.

It is surprising to hear the City frame the project this way, at this time in our history.

The City just adopted an excellent Transportation Action Plan, drafts of which were available long before this meeting. The City committed to bold mode share goals, stating that by 2030, three out of every five trips in our city will be made by biking, walking, or transit.

One good way to evaluate how the actions in the Transportation Action Plan will be implemented is to pay attention to reconstruction projects like Hennepin Ave S. This is a major project that will be a critical test of whether the City will seriously implement the recommendations of the plan

The Hennepin Ave S project should be an opportunity for the City to set the gold standard toward how we can achieve not just our climate goals, but also our equity goals by reducing racial disparities in traffic crashes and people’s access to transportation resources.

But, the designs the City presented included three options that have wide car lanes, and two options that don’t have any bike lanes at all. This is not bold. This is a compromise that perpetuates the car-centric status quo. And it will not push us to where we need to go to reach our goals.

Of the designs presented, Our Streets Minneapolis supports design Option 1, the only design with wide sidewalks that match the street’s vibrant community, protected bike lanes, and a dedicated bus lane in each direction. This is the only design the City offered that comes close to the bold vision they set out in the Transportation Action Plan. 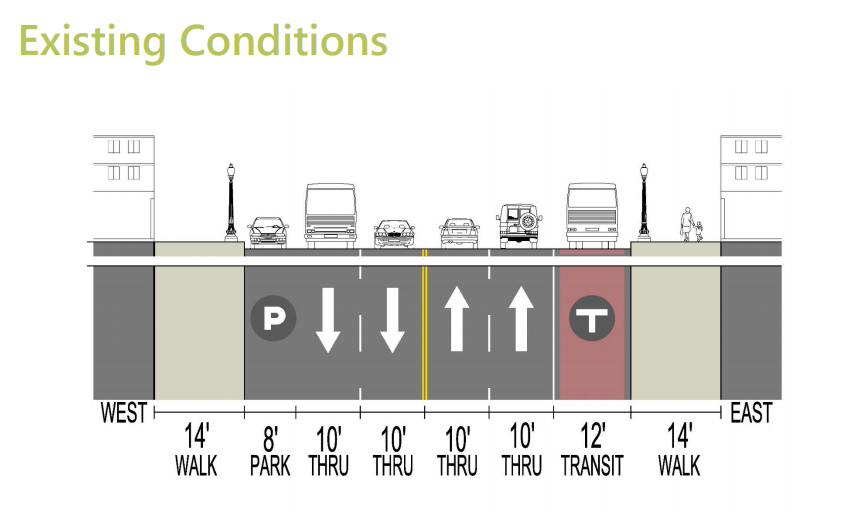 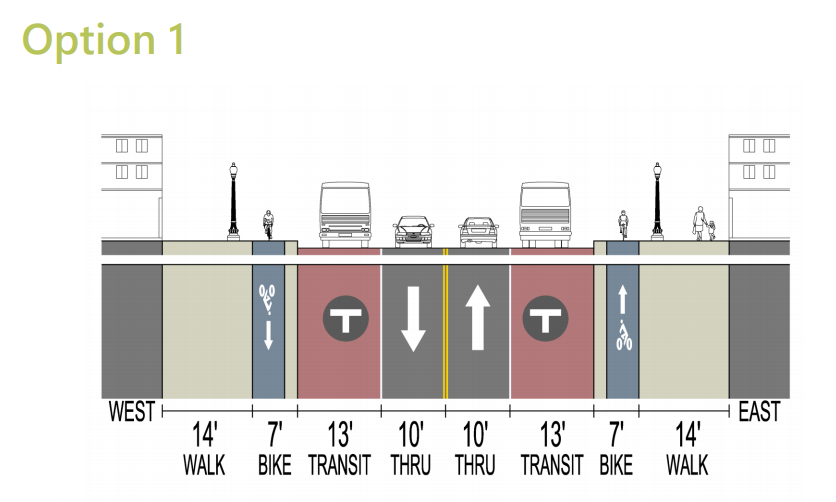 One of six design concepts for Hennepin Ave S

We eagerly await the next designs the City shares for this project. In the meantime, we encourage you to contact Becca Hughes, the City staff member leading the project and tell Becca what you think. You can reach Becca at (612) 673-3594 or [email protected].

We have one shot to make this a street that truly puts people first. Let’s take it.