Behavior from passersby, lack of education, and the political process all noted barriers to involvement in riding and bicycle advocacy

The Health Connections coalition recently released a report titled “Active Transportation: From our own perspectives and voices.” The report is based on focus group conversations held around the Twin Cities, where community members discussed biking and the related political processes needed to access bicycle amenities. Healthy Connections specifically engaged communities of color including American Indian, Muslim African-Americans (including Somali), and Hispanic (Latino).

What is the impetus behind the report?

“We believe that there is a more fruitful, less painful way for communities of color and transit authorities to work together on projects to build infrastructure and increase access to transportation through inclusive governance models that respect and support cultural interest and priorities,” the report states.

The focus groups touched on a lot of themes around access to biking but a few stood out as crucial indicators to why particular communities may not be involved with bicycling as much as we’d like to see. Here is a link to the report, or for those who do not want to read the details, here is a link to the report summary. The report includes the full notes from each focus group which is a further goldmine of information not found in the summary or report findings.

In my summary of the report here, I have also integrated questions for you, the reader, to contemplate while taking in the findings. I welcome you to post your comments so we can engage with this material further.

1. Behavior of passersby. This includes overt sexual harassment, fear of sexual assault, and racialized and classed remarks.

In the report, African American women living in North Minneapolis said  “the risk of walking or biking around the north Minneapolis neighborhoods meant that they would be subjected to sexual harassment and possible community violence which meant that for these women walking and biking was more than a health benefit rather it is also a public safety risk that they dread to take.”

A lack of personal safety was also the Muslim community’s number one concern with biking (and walking) around their neighborhoods. This is significant given men dominated the Muslim focus group; women are typically perceived as the demographic that worries the most about safety.

The report highlighted a rarely discussed behavioral issue experienced by the Hispanic (Latino) community on the Greenway: “Community members also felt that classism plays a role in how their community uses the Greenway where they are often looked down upon and made to feel as if they do not belong….the Greenway is dominated by Caucasians who wear expensive bike gear, ride expensive bikes which also makes them feel as if biking on the Greenway is a wealthy sport or hobby that does not welcome low wealth populations who cannot afford fancy or expensive active gear nor top of the line bikes.”

The communities’ repeated commentary on individualized behavior is not surprising but a major red flag for advocacy work. We can build thousands of miles of bicycle infrastructure and plan wonderful bicycle events, but if people feel unsafe due to one-on-one interactions, then very little progress will be made.

How do you think we can address this issue? 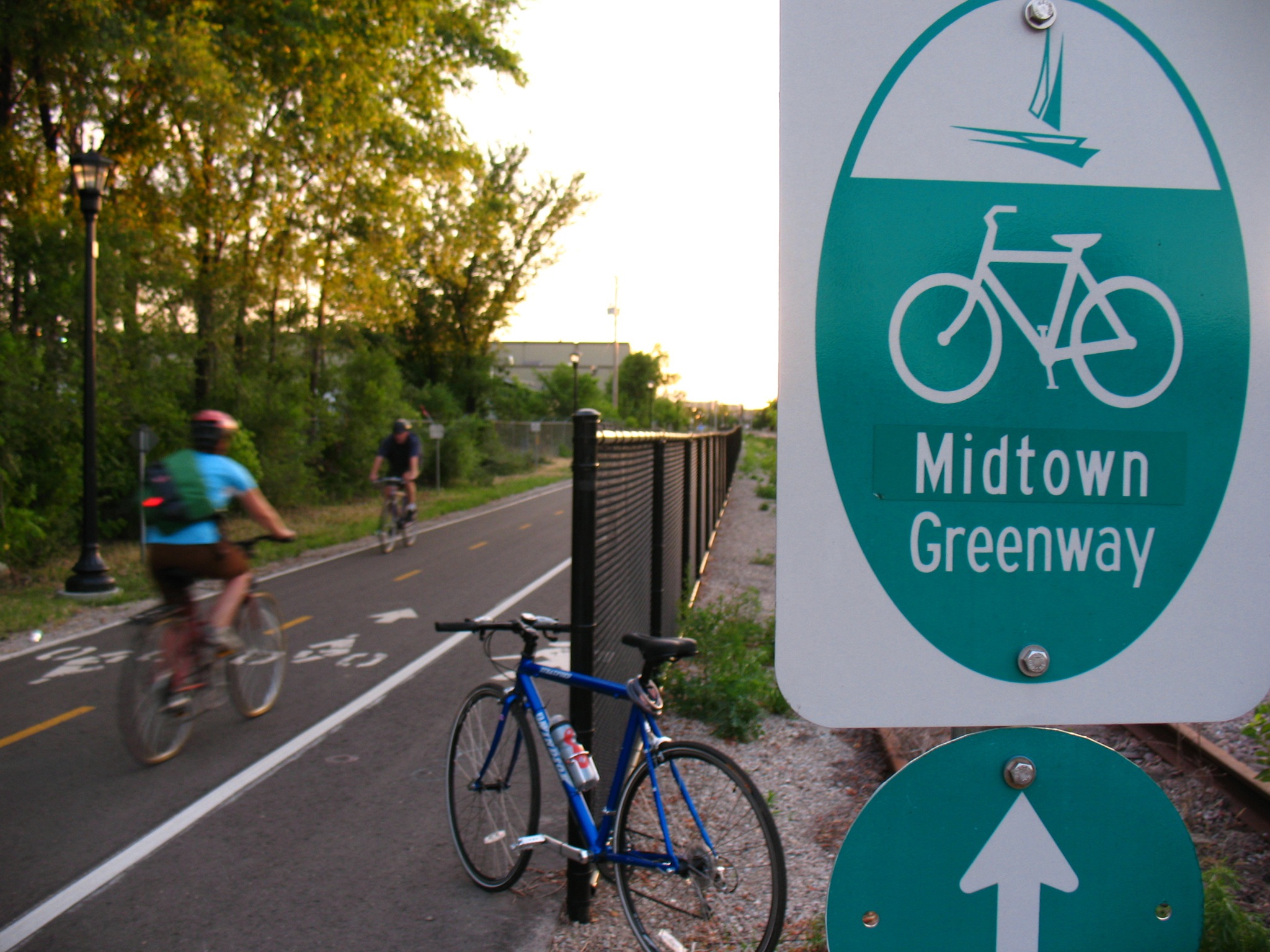 In a youth-based focus group, driver’s education was seen as a possible solution to feeling safer biking on the street. “Drivers simply do not share the road enough nor respect biker’s rights and that stronger enforcement for bikers rights should exist as well as more emphasis placed on educating drivers about bikers’ rights.”

Community members across the focus groups mentioned a disconnect between policy makers and their community, which is rooted in a lack of cultural competency and engagement. For example, “The community feels policy makers are deciding on behalf of the community rather than working with communities of color to realize their own community visions,” reported a group of community leaders.

In the Hispanic (Latino) community, “broader engagement is needed in order to reach the broader Hispanic community. Connecting to their cultural institutions and language is key to increasing their access, understanding and community engagement.”

The Muslim African-American community “felt that many of the community development discussions and engagement processes have existing plans and outcomes that do not include retaining their cultural environments nor their economic interest.”

Similar to the behavioral issues, a lack of education across the board, from bicyclists to drivers to policy makers, is also not a shocking barrier to participation. How can we work with communities to develop education for all people? What is our role in educating policy makers around cultural competency? What could this look like? How can we shift what community outreach looks like?

3. Access to the political process. This includes creating inclusive community engagement and easier pathways to the planning process.

Riffing off the education theme, community members reported a desire for policy makers to learn more about engaging with culturally-diverse communities, which includes making the political process more accessible in general.

Even those who are a part of the political process feel that their participation comes with deeply racialized frustration. According to the Hispanic (Latino) focus group, “The community expressed that the few Hispanic activist and advocates within the active transportation movement often feel tokenized and see white supremacy as being a core element of the active transportation movement.”

Perhaps the clearest example in the report about the lack of access to the political process comes from an attempt to close down Lake Street for festivities. The report made a clear comparison between the Hispanic (Latino) leaders failed attempts to create their own Lake Street “open streets” for Cinco de Mayo and the leaders’ of Open Streets ability to solidify the closing of 40 blocks along Lake Street. Why did Open Streets get permission but not the Cinco de Mayo celebration? According to the report, “The understanding and access to the political process is different and in this case the decisions and process taken by local government continues to perpetuate the perception or reality of racial divides and advancing white privilege.”

How can leaders with white privilege help those trying to harness the knowledge of daunting political processes? What resources currently exist that help people navigate political and planning processes that may be seen as a barrier to participation?

As I mentioned earlier, there is a goldmine of information to be found in the report. This summary only gets to some of the themes that stood out to me as a bicycle advocate. If you read the report or summary, what stood out to you as important themes in active transportation planning and advocacy work?