Hennepin County recently had a grand opening celebration for the Franklin Bridge.

The very day the Franklin Bridge and the West River Parkway opened to people walking and biking, we did a little impromptu joy ride to check it out!  Our group was small, but after spending ten minutes at one of the outlook areas on the bridge, we had gathered a nice little group of friends.  After a long wait, everyone was eager to check out the new bridge! 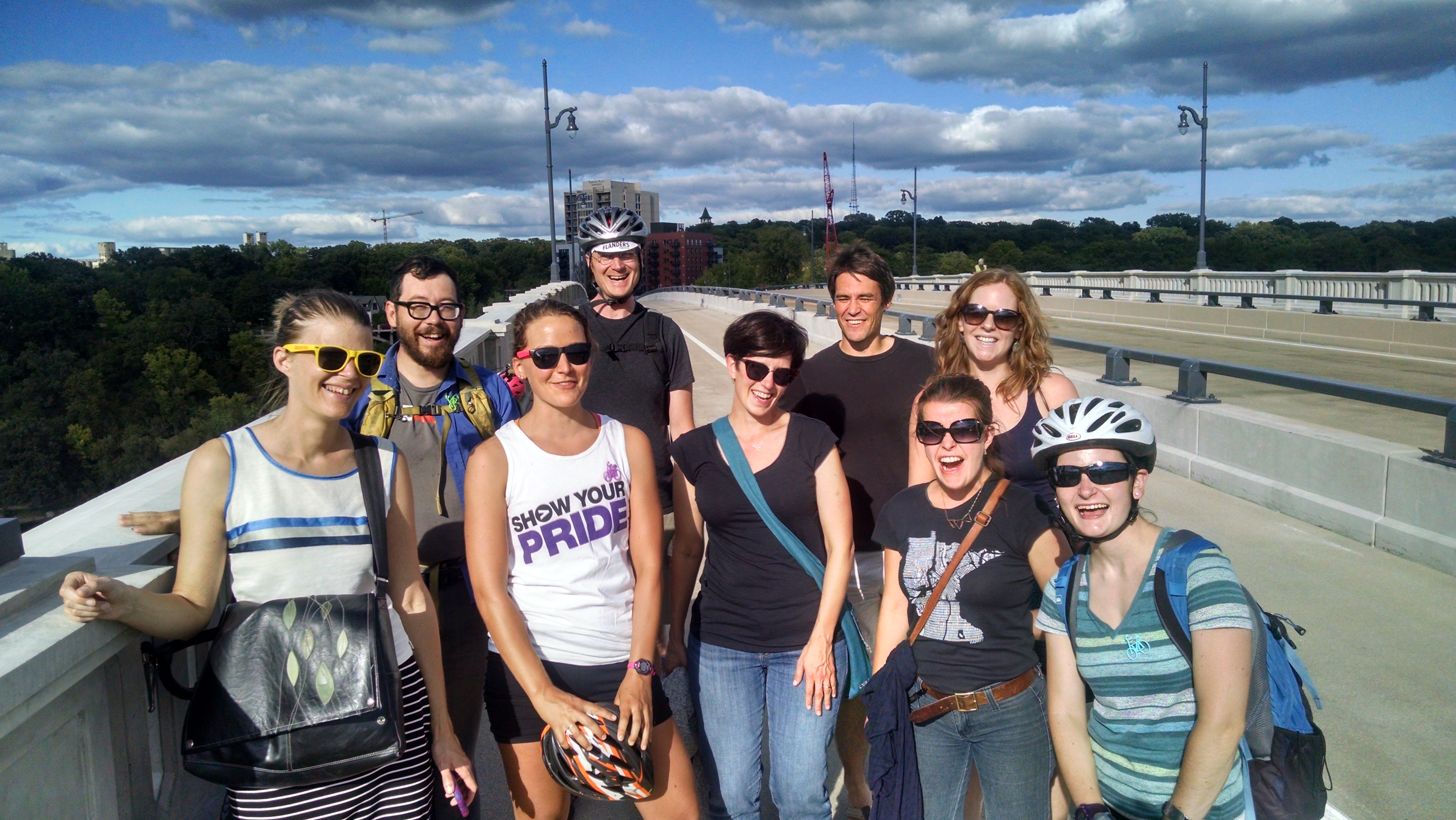 This past Saturday, Hennepin County had a grand opening celebration for the Franklin Bridge. 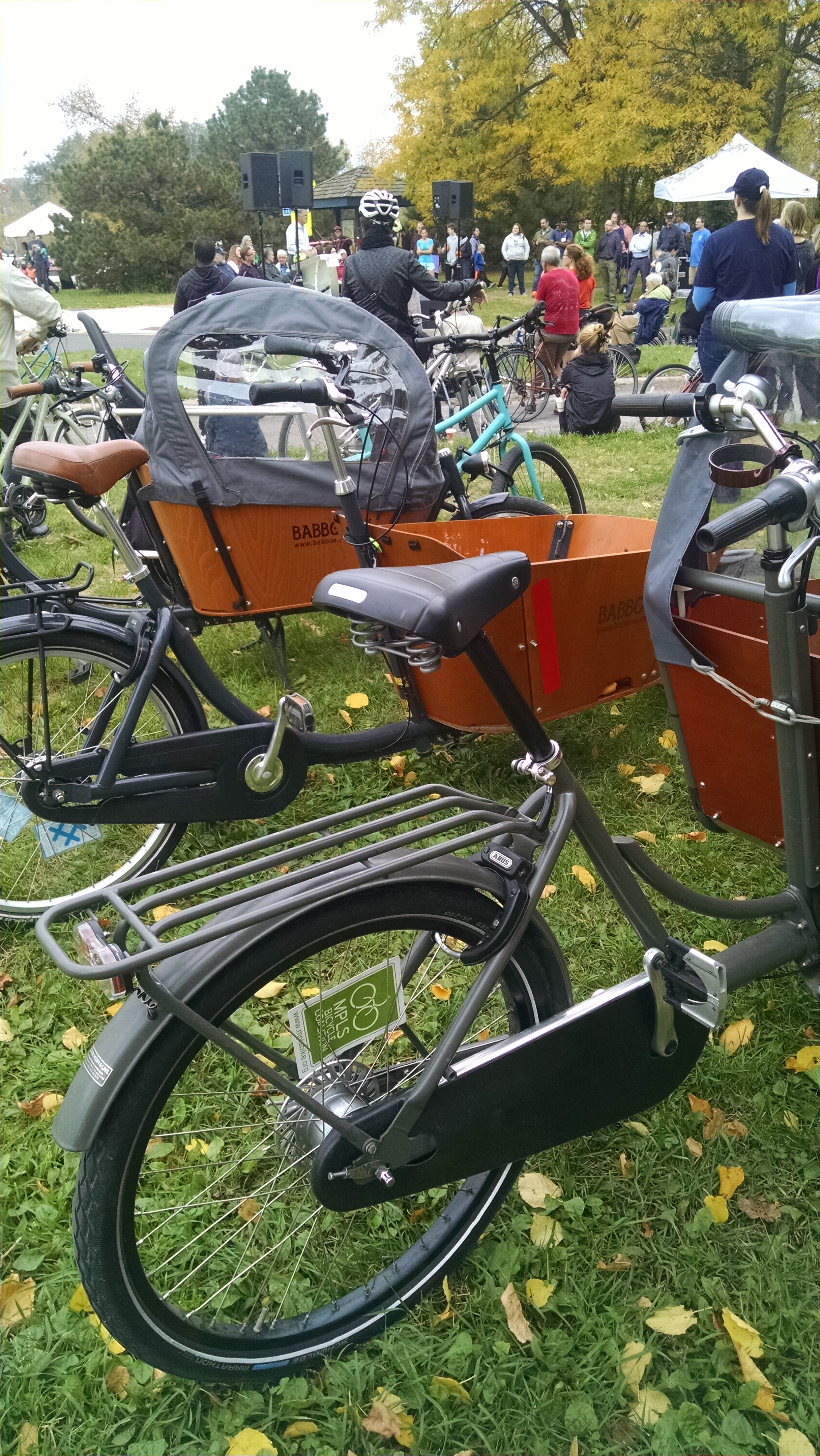 There were snacks, some music, and distinguished speakers. 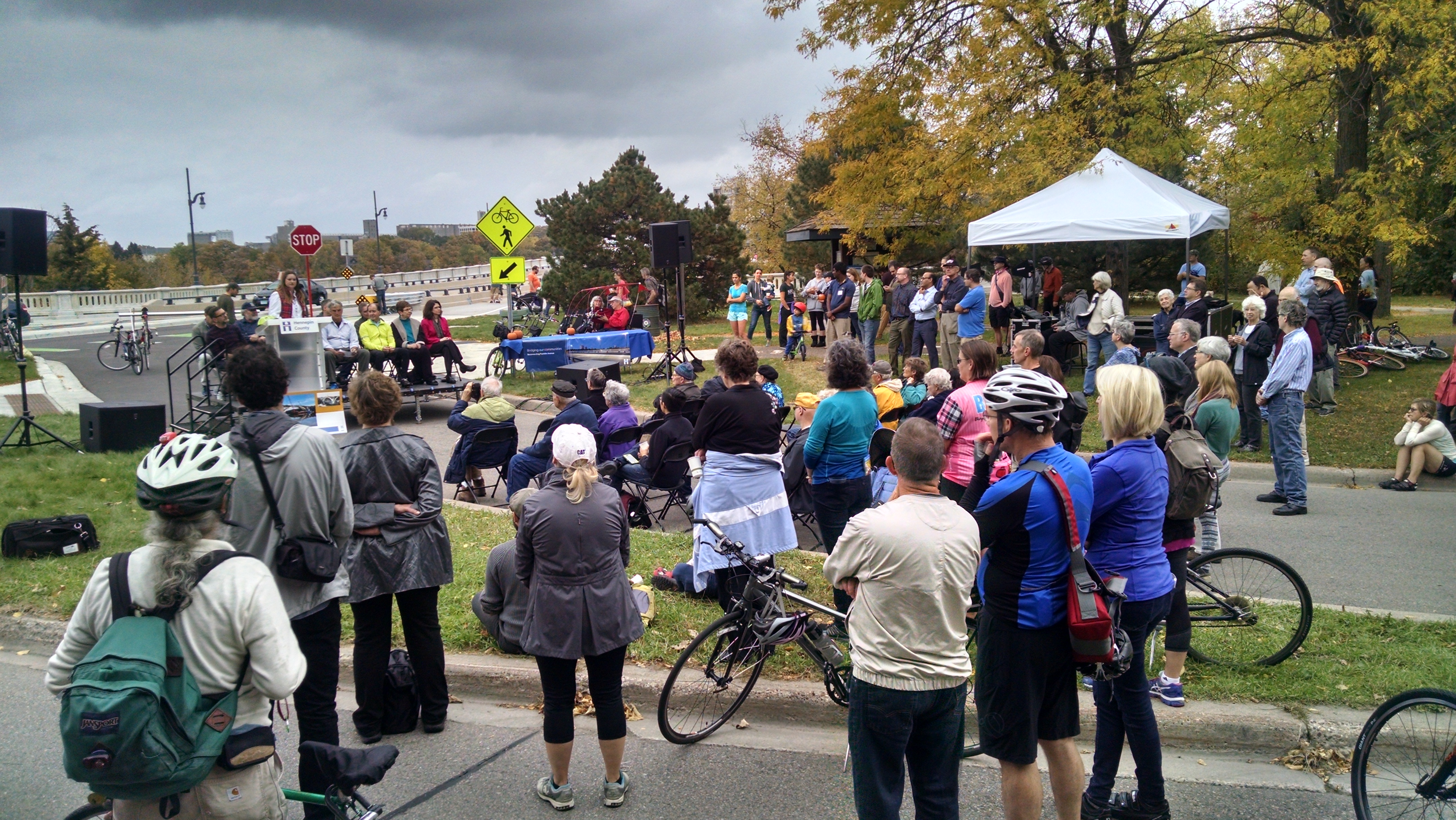 Did you know that Franklin Bridge is a historic bridge?  When it originally opened in 1923, it was the longest concrete span bridge in the world.  It carried streetcars for a few decades.  I also learned that the bridge engineer, Frederick W. Cappelen, also designed the Kenwood Water Tower and Prospect Park Water Tower, as well as working on other Minneapolis bridges.

And then... a procession of bikes and walkers! 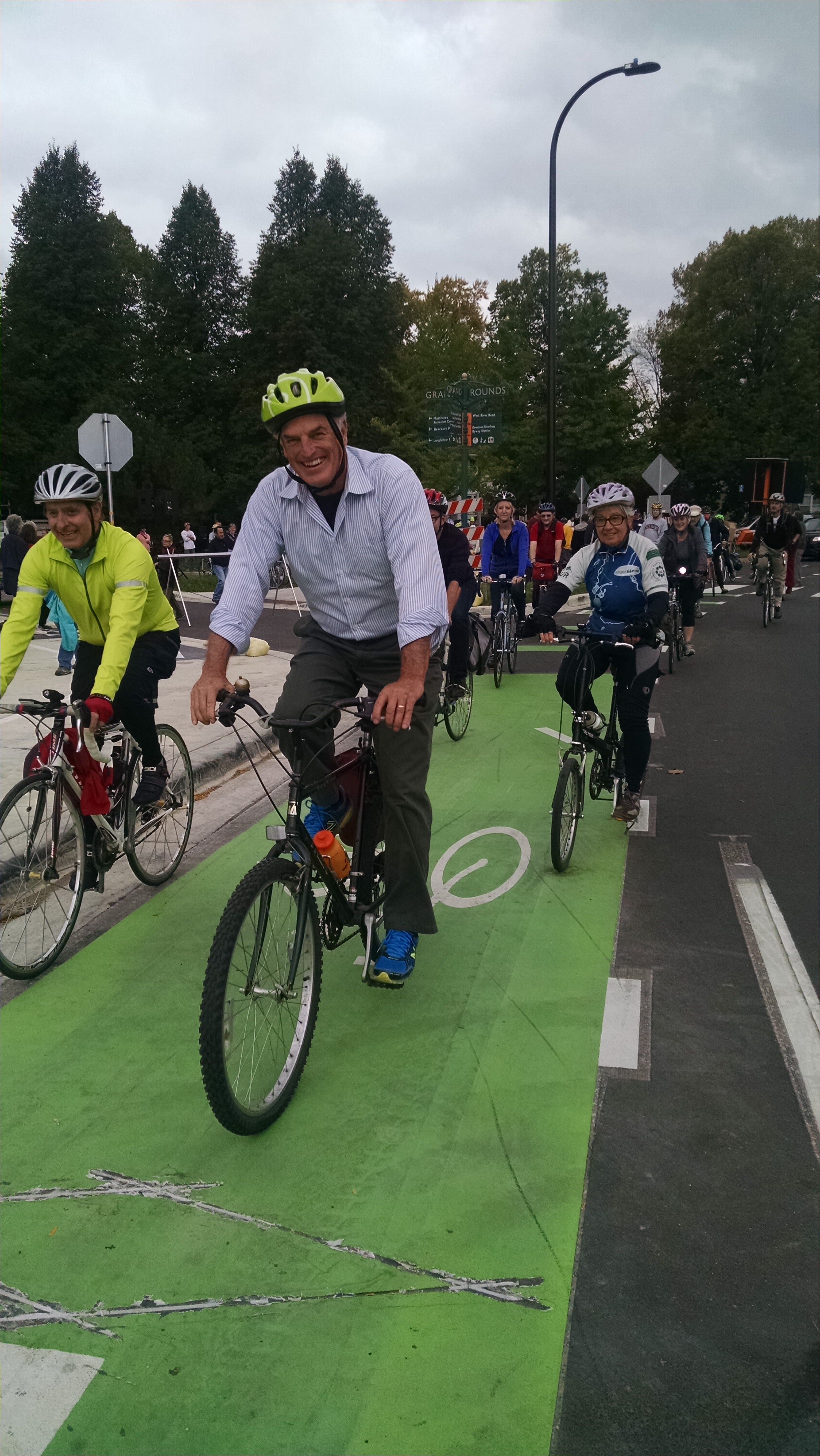 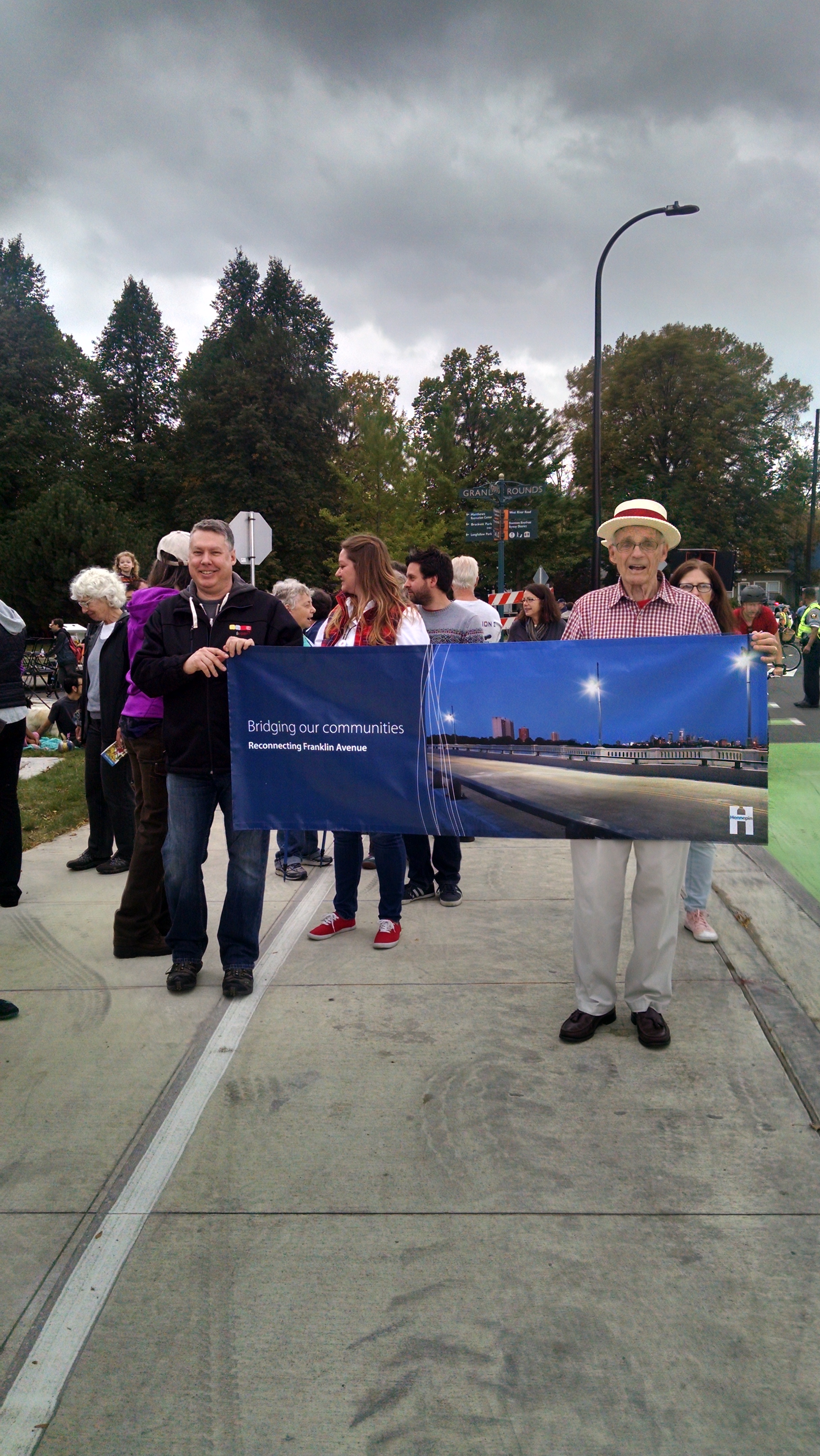 The Franklin Bridge Bike Counter was flipped on.  Have you been counted yet?