Franklin Avenue Can’t be Everything for Everybody

This post was written by Will Delaney, Associate Director at Hope Community, Inc. Our Streets Minneapolis and Hope Community have been working together to make Franklin Avenue a safer street since 2008.

This June, the rebuilt Franklin Avenue bridge over I-35W re-opened after being closed for more than nine months. Neighbors from Ventura Village/Phillips can finally head back to the Electric Fetus and Mia, and folks in Whittier and Stevens Square can more easily get back to the American Indian Cultural Corridor and Peavey Park. 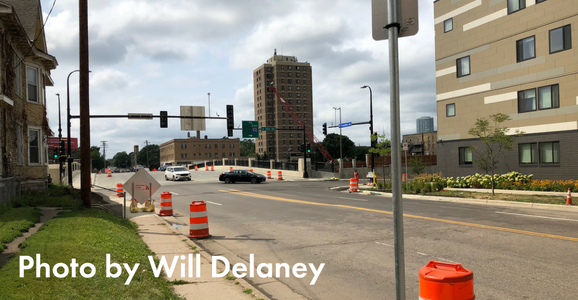 Franklin Avenue is a Hennepin County highway (Co Road 5) running through Minneapolis, parallel to and a couple blocks south of I-94. It’s the front yard to single family homes and many apartments. It’s also a major commercial corridor that runs across South and Southwest Minneapolis, connecting Lake of the Isles with the Mississippi River, and a host of destinations in between. When I-35W was built, it opened a chasm between Phillips and Whittier, with Franklin being one of a handful of connection points between. 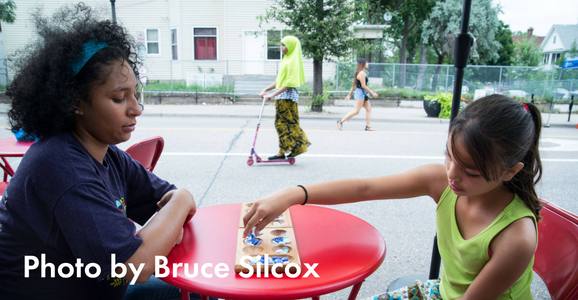 Franklin Avenue is a nightmare for travelers, no matter how they move along Franklin. It hosts several of the most dangerous intersections in the City. People biking have no dedicated lanes west of the Seward neighborhood; they end abruptly just west of Hiawatha. Drivers often face heavy congestion, particularly near I-35W. Bus riders get stuck in that same traffic. And pedestrians - well, pedestrians on Franklin face some of the narrowest, most obstacle-filled, least navigable stretches of sidewalk in the city.

Besides being unpleasant, those dangerous Franklin Avenue intersections can be deadly, especially for people walking, rolling and biking (image source: pedestrian crash study appendix d and bicyclist-motorist crash report). It has the second most pedestrians and bicyclists hit by cars of any streets in Minneapolis. In fact, the crash rate for travelers on Franklin Avenue was 2.5 times greater than a “critical” crash rate, per a 2011 MNDOT analysis of crash data (source: section 2.5 in this 2013 TLC study). 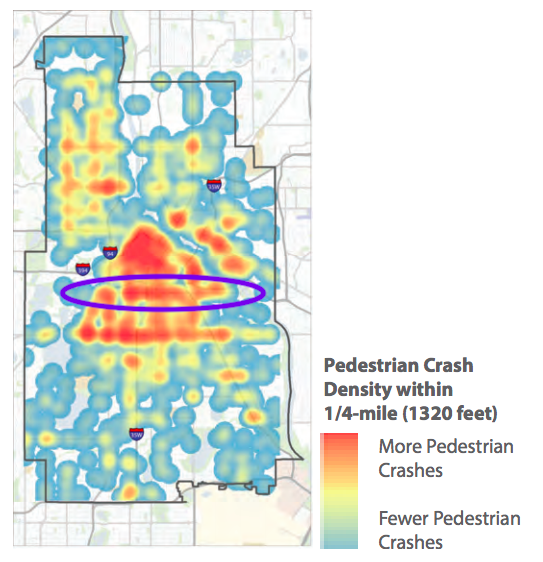 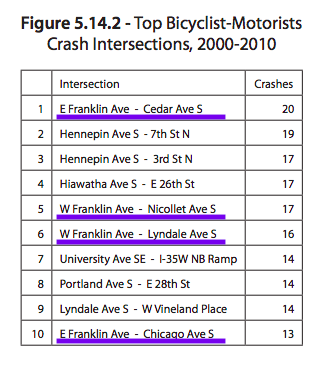 Franklin Avenue is a challenge. The people who use it have myriad destinations and sometimes conflicting needs. It doesn’t work well for anybody right now because it tries be a highway, a neighborhood commercial street, a major bus corridor, a connection for people walking and biking, and a residential street. For Franklin to work, we have to decide what we want it to do. Should it be first and foremost a great place to live? Should it be the place thousands of neighbors go for organic and halal groceries, primary care doctors, a cup of coffee, the library, to hang out at the park, or to connect with the resources of the American Indian Cultural Corridor? Should it be a relief valve for drivers tired of congestion on I-94? Today, Franklin Avenue shows us that failing to make a choice because choosing is a political “hot potato” only succeeds in failure for everyone - the people who live and work there, and every traveler.

As someone who works and travels on the corridor daily (primarily walking, but also biking, busing, and yes even driving), I think we can no longer afford to live with the status quo. I think we must decide who we want Franklin Avenue to serve.

Too often Franklin, and similar roads in low-wealth communities like Phillips, are seen by City and County staff and commuters as just places to drive through, ignoring that this is a residential street and a destination in and of itself. For all the individuals and families who live, work, worship, shop, go to school/daycare, recreate, and live their lives along Franklin, the primary benefit is not getting commuters through the neighborhood quickly. Our streets policy over the last 50 years has prioritized the desires of drivers and commuting over the people whose front yards are treated like a highway. It’s time to put people first. 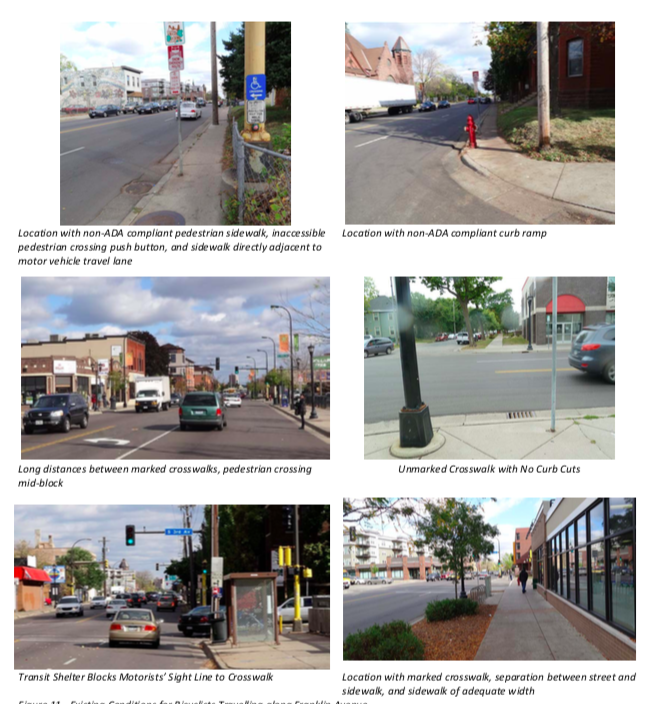 Transit for Livable Communities led a transportation study for Franklin in 2013. The study included fairly robust community participation and recommended ways to improve safety between Hennepin and Bloomington. It is the most thoughtful, intentional, and community-connected attempt to figure out just how to make Franklin Avenue safe and work better for all the people who use it. It’s the only effort to address the dangers and dysfunction of Franklin, and the solutions it proposed never made it out of the report to consideration by decision-makers.

Both the City and County have Complete Streets policies. They are good aspirational documents, but on a street like Franklin, it is obvious how far we are from the reality of “Complete Streets.” We have to make some tough choices about who we prioritize. For Franklin Avenue, with so many people walking and rolling to numerous community destinations, I believe the first priority should be for pedestrians and those who live on the street. We must make the street safer for the most vulnerable people in our community.

Today’s status quo fails everyone, and the newly widened bridge over I-35W is a big invitation to craft a meaningful plan for the future of Franklin. Last summer, several neighborhood organizations, businesses and community groups signed on to a letter requesting a public planning process from the City and County. That request has not yet resulted in action, though we continue to work with elected officials and staff at both levels.

The next time you have an opportunity to walk, bike, bus, ride or drive across the Franklin Avenue bridge over I-35W, take in the great view of downtown, but also take note of all the people alongside you. What do we want this street to do? How can we make this a truly Complete Street? Will we prioritize people and a neighborhood we have historically forgotten? I don’t know the answer, but we need to start the conversation today. 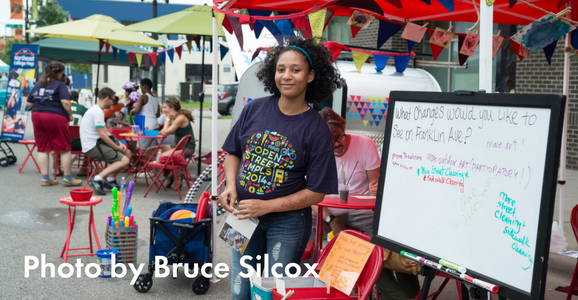