Minneapolis will host four “Open Streets” events around town in 2013, thanks to a grant  by the Partnership for a Healthier America (PHA) and Blue Cross and Blue Shield Association (BCBSA).

Open Streets events close a neighborhood commercial street to vehicles for four to six hours. During that time, the street is opened to pedestrians, bicyclists, and other activities.

The grant award will need to be formally accepted by the City Council, and is expected to go to the full Council in December.

Minneapolis has held three successful Open Streets events so far, including events on Lyndale Avenue South in the summers 2011 and 2012 and an event on Lowry Avenue North in the fall of 2012. These Open Streets events have been organized by the Minneapolis Bicycle Coalition, with funding from Blue Cross and Blue Shield of Minnesota. This new grant will allow the coalition to plan four more events next year, which will be co-sponsored by the City for the first time. 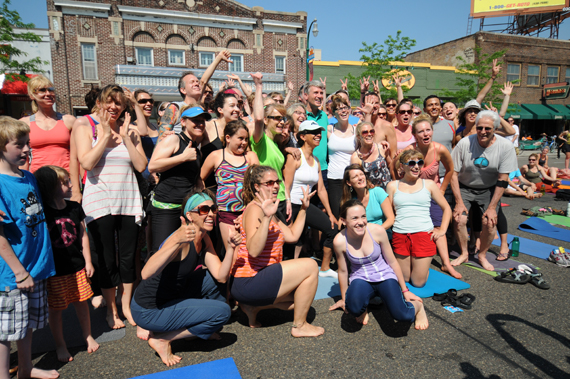