If you ride along 7th Street regularly you may have taken an odd detour around a bus stop that looked like this: 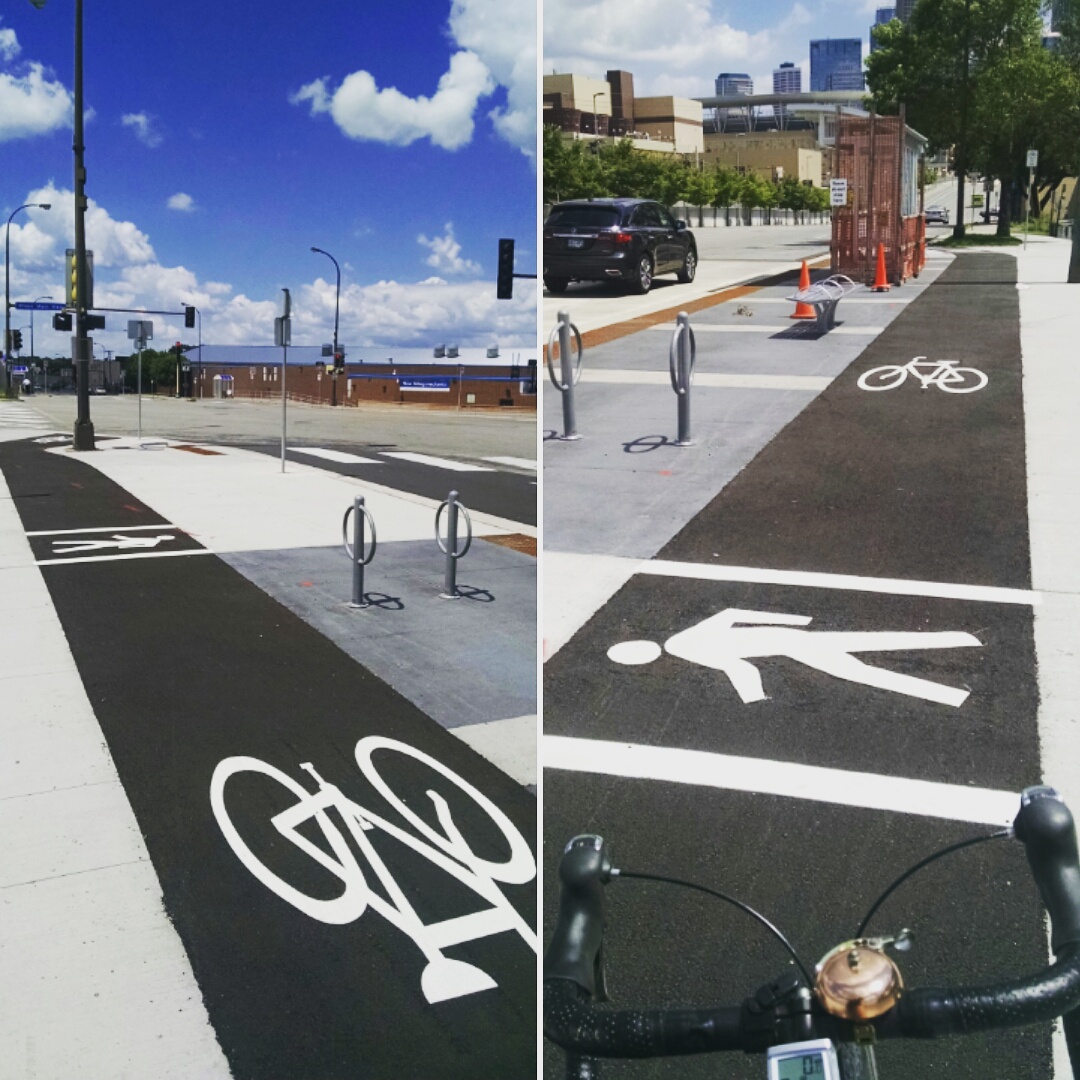 What you just experienced was a floating bus stop, and the one on 7th is the first in Minneapolis!

A floating bus stop is a bus stop where the protected bikeway goes behind the bus stop, allowing the bus to pull over at the stop without interupting bike traffic. The advantage of a floating bus stop is that it keeps the bus moving in regular traffic (and avoids delays from having to pull in and out of a bay), as well as keeping bicycle traffic moving rather than having cyclists have to stop or merge into vehicle traffic to go around stopped busses at a bus stop.

While this is the first floating bus stop in Minneapolis, there are more on the way! The Hennepin/Lyndale reconstruction will feature at least one near Groveland, and the Hennepin Avenue project slated for 2020 is likely to incorporate floating bus stops or a modified version.

Check out our video of what riding through a floating bus stop feels like: