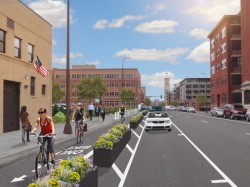 A network of protected bikeways--where people biking are separated from cars (and sidewalks) by some sort of physical barrier--will connect our world-class trail network with key destinations. It will allow everyone from 8-year old kids going to school to grandparents going to the park to feel more comfortable biking. The protected bikeway network will improve safety, saving lives and reducing traffic injuries. It will improve the health of thousands of Minneapolitans by making active transportation easier and by reducing air pollution. It will expand affordable transportation options, saving families thousands of dollars, providing easier access for people reaching jobs, and keeping more money in our local economy. It will attract people and businesses to our city. And more.

This is the next big step for biking and Minneapolis and we hope this plan is adopted and implemented quickly. (We will note that there are a few tweaks we hope to see made and recognize that public feedback will likely lead to a few other improvements as well.)

Offer Your Support for the Plan

Imagine how much the network in this plan would improve your ability and comfort biking around town! Imagine how it will transform the ability for people who are interested in biking, but nervous about biking with traffic!

Now, offer your support and any comments on the plan by filling out this form. We will deliver your comments to staff and your elected officials. Just because this draft plan is out doesn't mean it will happen. We need your support to make it happen! Talk to your friends, neighbors, and friends about it. And offer your supportive comments here!

Send any questions or comments to me at [email protected]

If you want to help us build support for the plan, join us Tuesday at 6:30pm at the Coalition office (1428 Washington Ave. S. #204) for our Bikeways for Everyone Work Group meeting. We'll be planning outreach in all parts of the City over the next month to build excitement for the plan. Meet great people, have some beer and snacks, and help us make a great protected bikeway network a reality! 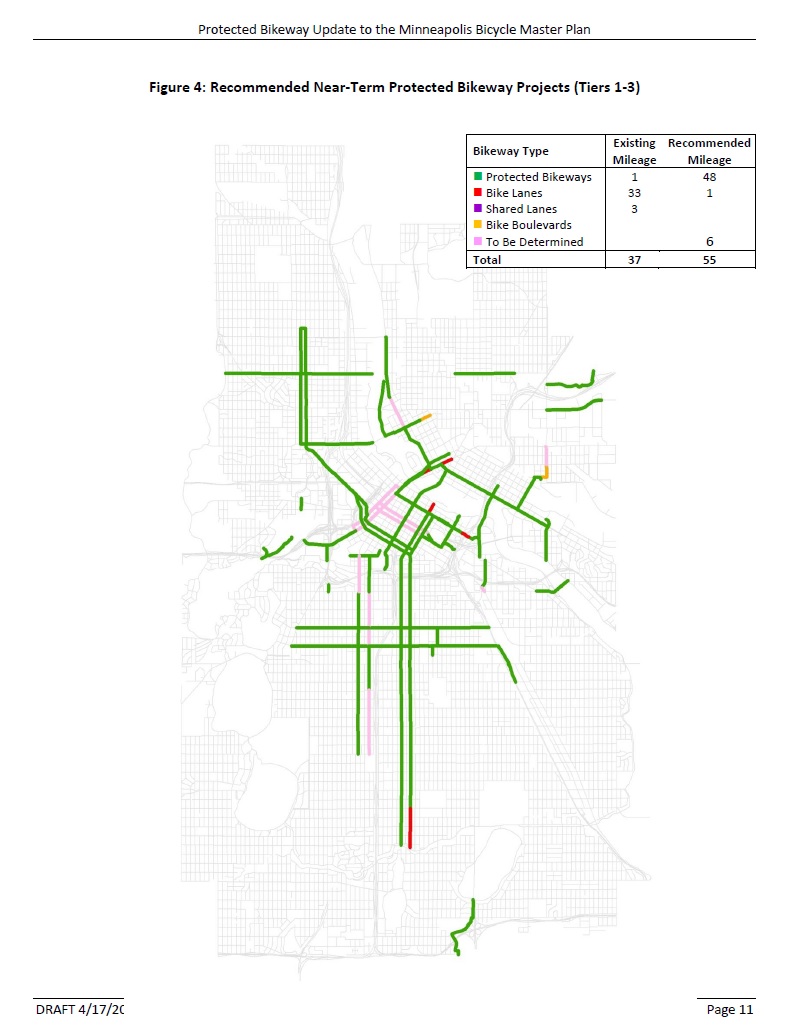 This planned network connects really well with the existing bikeway system to make it increasingly safe and easy to bike across the whole city (see map). 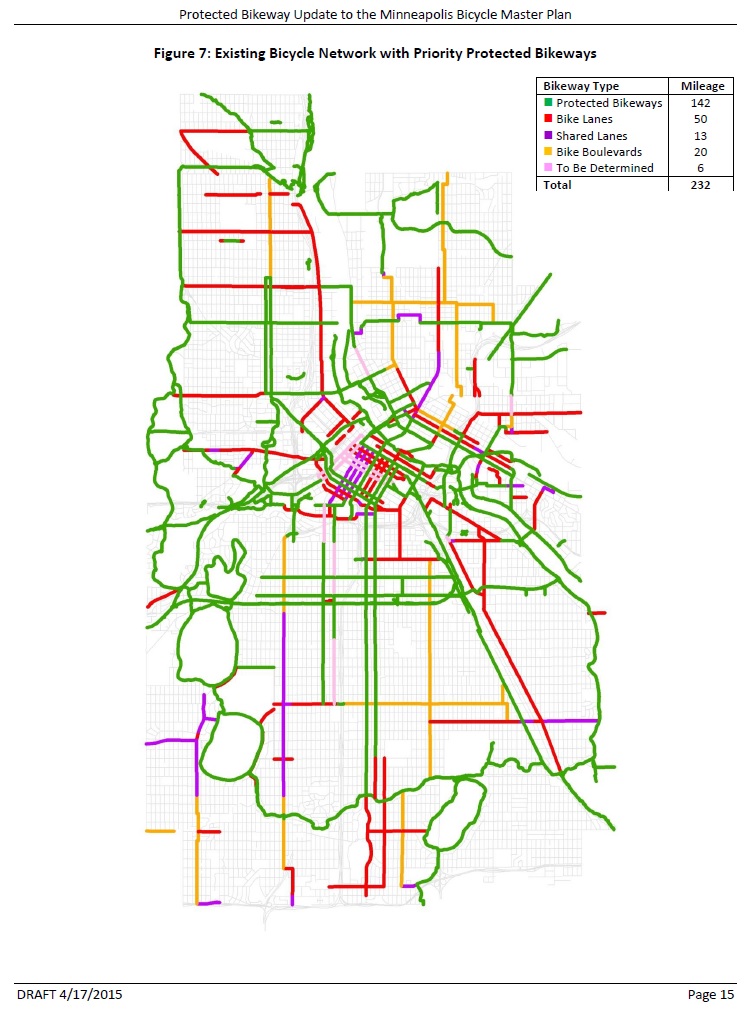 The 40 miles of Tier 1 and Tier 2 protected bikeways can be built for only an estimated additional $7.2-$12.1 million. To put that in perspective, it costs about $8 million on average to reconstruct a single mile of urban street.

The spike in ridership on recent protected bikeways shows the big potential of protected bikeways. This network will expand on that greatly. It also provides opportunity to add needed greening along many routes, especially downtown.

We will note a couple things on the plan:

We need your support to make it happen! Talk to your friends, neighbors, and friends about it.

And offer your supportive comments here!