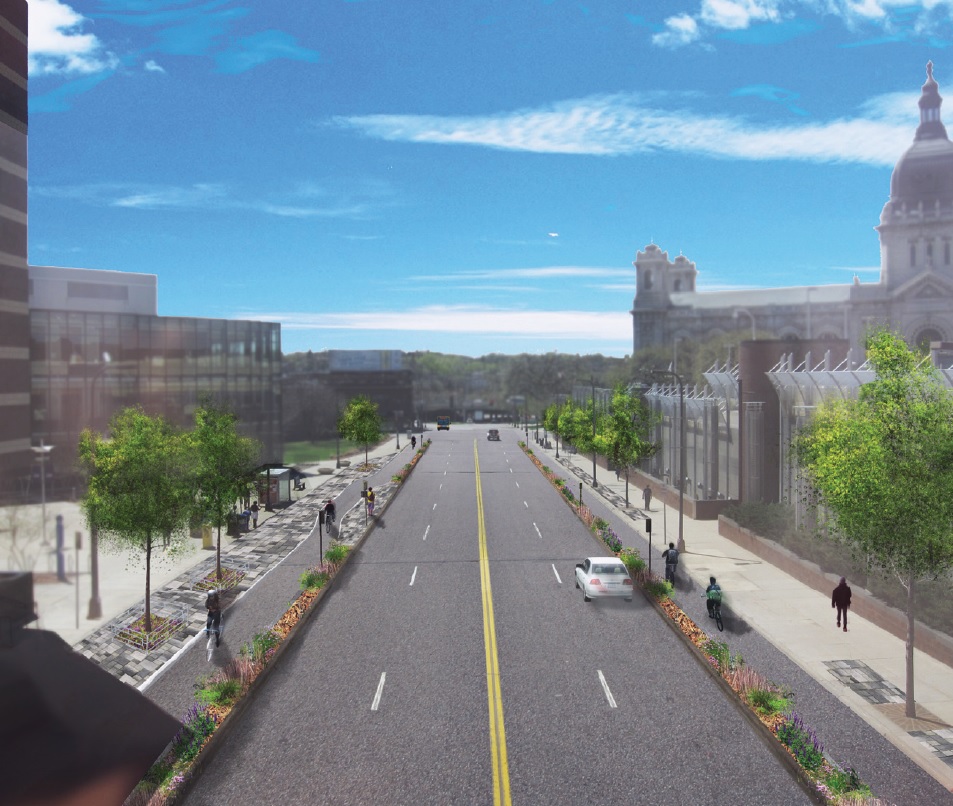 As part of the Bikeways for Everyone Campaign, Our Streets MPLS would like to invite you to participate in the Kickoff Ride for Downtown Protected Bikeways.

The ride will give people an opportunity to experience riding in downtown Minneapolis.

The Coalition will then host a post-ride discussion to generate excitement for a robust network of downtown protected biiekways. We are looking for people that are interested in getting involved to improve downtown for everyone.

The meeting point is Loring Park, on the east side of the park at the intersection of Grant Street and Willow Street. The ride will be roughly five miles and will be on the streets of downtown Minneapolis. The ride will conclude at Open Book with a post-ride discussion.

If you cannot make the ride but want to be a part of the discussion about protected bikeways in downtown Minneapolis,
the discussion will start at roughly 2:30pm at Open Book.