The Downtown Bikeways Work Group gathered and established some activities that they will be completing in the upcoming month.

There were several new folks at the meeting this month, so the beginning of the meeting was spent with introductions, understanding why new folks joined in as well as reviewing the Downtown Bikeways Work Group’s mission of advocating for protected bikeways on LaSalle/1st Ave and 9th/10th Streets. 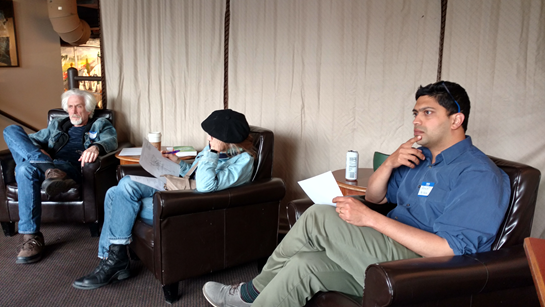 After introductions, Jesse discussed the Community Celebration at Whittier School, which took place in late April, that the Downtown Bikeways Work Group was able to participate in by having a table. Students at the school were able to draw their vision of what they’d like their streets to look like and we got to admire some of their creative thinking. The streets spelled, “F-U-N! 100 put crayons to paper and 16 adults signed postcards in support of protected bikeways on LaSalle/Blaisdell/1st Ave. Jesse was also able to interview 3 individuals who work at Emerson Immersion School and was able to document their experiences biking on LaSalle and the Loring Park area. You can check these out on the Our Streets Minneapolis blog.

We also discussed CLIC (Capital Long-Range Improvement Committee) and the document that was sent to the group prior to the meeting about their operations. The group wanted to know about how they operate, make decisions and acquire members. Kjell and Ashwat indicated wanting to look into CLIC further. It was noted there are some upcoming CLIC meetings and that one of particular interest to the group would be held on Thursday, May 16 at City Hall in Room 319. It was discussed that it would be beneficial for some members to attend.

The group briefly touched on the 1st Avenue bike lanes project which has been discussed at local meetings. It seems unclear to the group as to when this project is slated to take place and Ashwat (Executive Director) hoped to get more information about this to be able to share with the group. 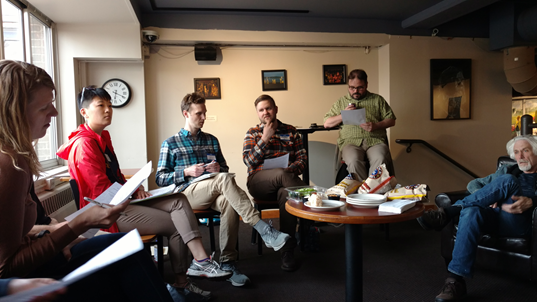 The meeting wrapped up with each participant of the group indicating what they learned from the meeting as well as what duties they would be performing over the course of the next month to move the groups agenda forward.