This report was drafted by Alyssa Kohn.

Our August 6 meeting was high-energy, not very August at all.

Reprise: What are we trying to do?

The Downtown Bikeways group goal is to showcase the demand for completing the city's protected bikeway network. We need to connect existing bikeways to one another and to create a fluid network in and out of downtown Minneapolis safe for all types of bike riders. We're focused on two corridors, 9th and 10th Streets going east and west across southern downtown, and LaSalle/Blaisdell and 1st connecting downtown to the heavily car-free neighborhood of Whittier to the south. They are on the city’s bikeway plan. We are demonstrating these are needed sooner than later and to spur action for implementing them.

This map (by Jess) shows the motley bike design that exists on the LaSalle/Blaisdell and 1st today.

Orange=Sharrows or a bike lane

We always start off with introductions, and this month we shared the people who inspire us to do bike advocacy. The people who motivate us to volunteer range from concerns for our own safety, to the safety of those we ride with or who worry about us, to the memory of people we've known who were killed on our streets.

Updates about what we did last month

Here's the update from July.

Some members of the team took a group ride with a planner with Public Works. From this ride, we learned:

Andrew has begun to compile a list of places along these corridors for outreach and requesting support for protected bikeways. He's identified 70 stakeholders.

We're also meeting with Move Minneapolis to identify who else we can reach out to.

The number of people who have responded to the survey continues to grow. (If you haven't taken it yet, please do!)

We spent most of our meeting working on next steps. We are focusing on how to showcase demand, and making sure it appeals to the people who can shift these plans to reality.

We are responding to an invitation we heard from the Public Works planner during our ride: an invitation to suggest specific phased improvements for the corridor. We're fleshing that out using StreetMix and information from this city report that lists street widths. We are also going to collect more postcards of support from neighbors along the route.

We have a plan to meet with stakeholders along the route and make specific requests for support. We're collecting surveys for another week (or so?) We'd like to create a window sticker to broadcast support for bikeways to people passing by.

We're postponing our September meeting by a week because HOLIDAYS mean bike rides and trips and hanging out with friends. As always, we'll be at the Dunn Bros 329 15th Street West. We start right on time at 6pm, with a welcome and mini-orientation for anyone who is new so you can contribute at your first meeting.

Start your fall off right, pitching in to make important safety connections happen in Downtown! 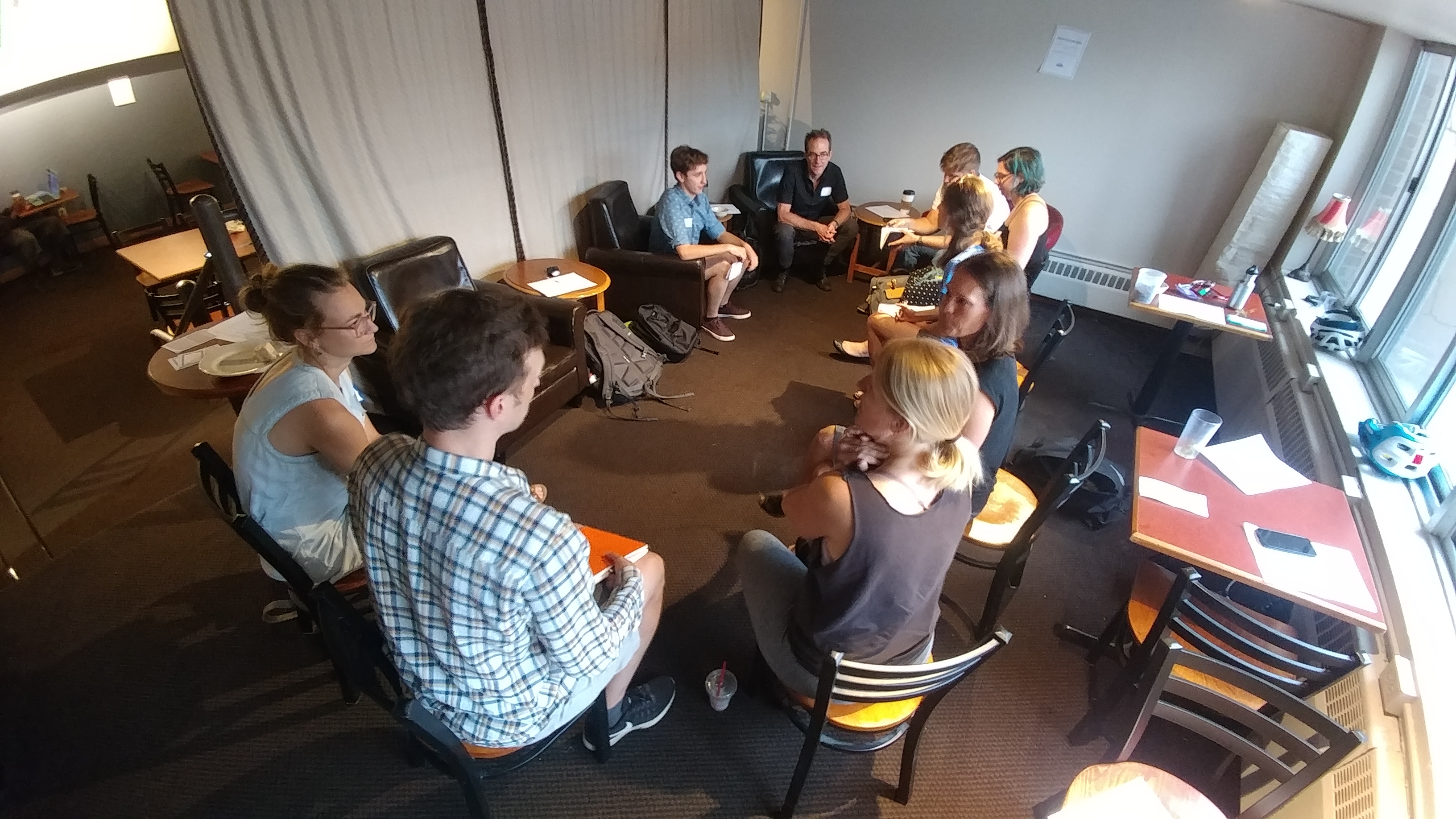