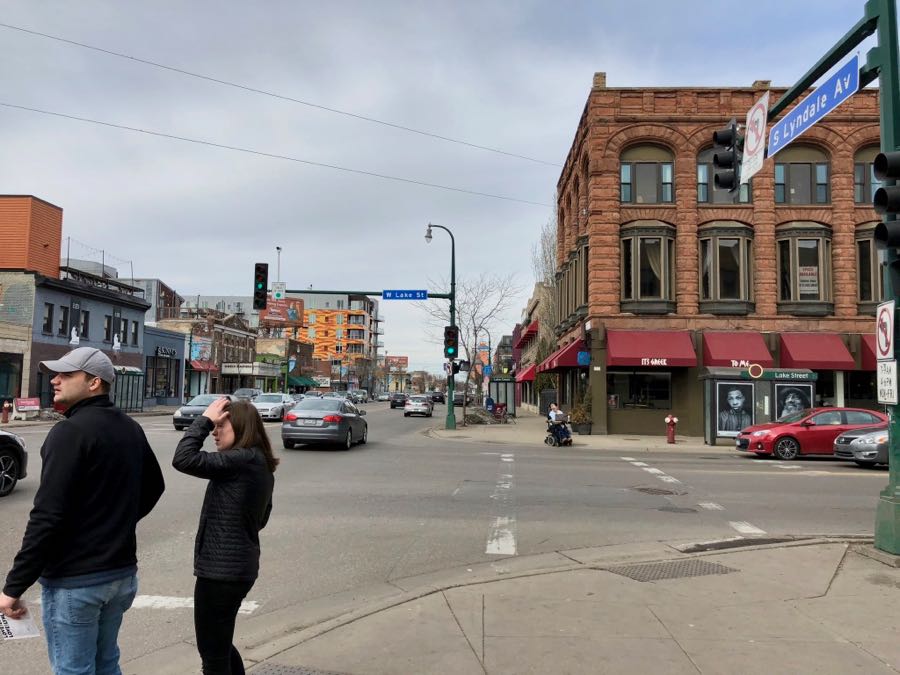 I volunteered to write about Lake and Lyndale because it is the one I find myself at most frequently. Instead of relying solely on my own experience, I invited others to add their voices by answering a six question survey.

While I do not like the width of Lake Street and Lyndale Avenue, I do like that at most times of the day I am in the company of fellow pedestrians. One of my survey respondents described the intersection having “Excellent building faces/storefronts and bustling pedestrian activity.” Businesses in the area may be interested to know that the way people feel crossing the street may impact their bottom line. A respondent mentioned that they stick to the corner of the intersection closest to their home because they don’t like crossing either Lake Street or Lyndale Avenue and it has impacted their willingness to support the businesses on those other corners. 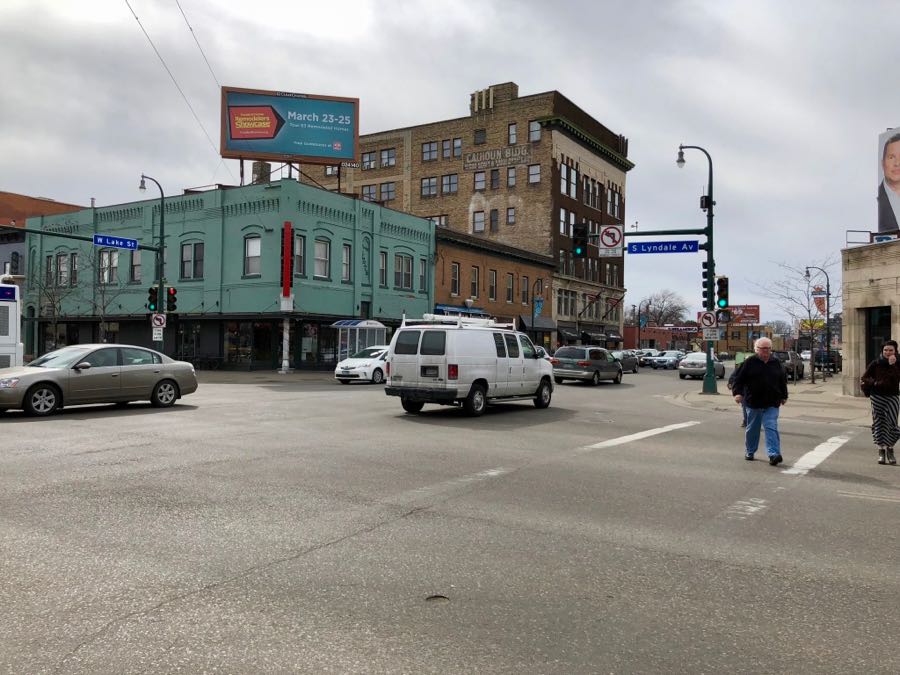 Thirty-four people took the time to describe the experience of walking/rolling at Lake Street and Lyndale Avenue.

However, a few people preferred Lake & Lyndale to other nearby intersections:

Involved in crashes or close calls 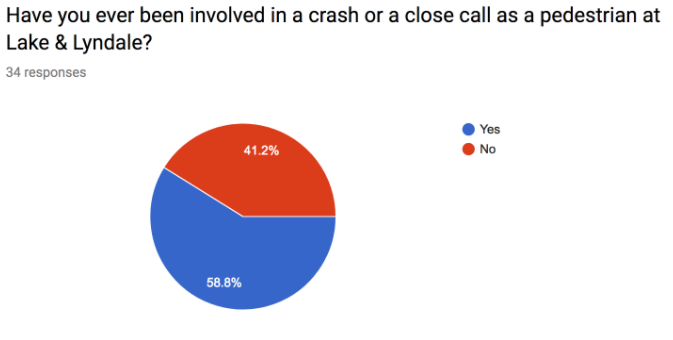 When asked “Have you ever been involved in a crash or a close call as a pedestrian at Lake & Lyndale,” 20 people said yes and 14 people said no. 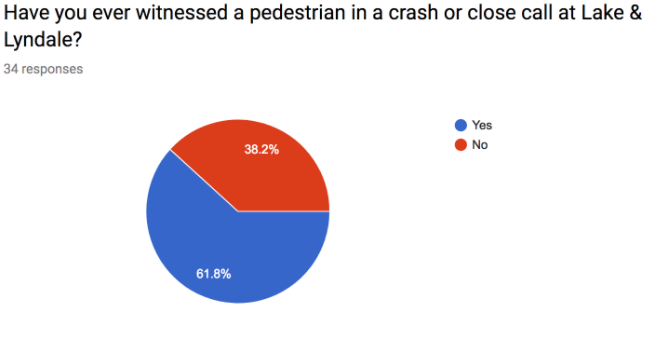 Both the data from the report and anecdotal stories suggest that more must be done to improve the pedestrian experience at Lake and Lyndale. Some ideas: