Below are photos from the intersection of Lake St E and Bloomington Ave S, the 14th most dangerous intersection for pedestrians in Minneapolis. 13 reported pedestrian crashes occurred at this location in the ten year study period of the 2017 Pedestrian Crash Study. These crashes range from fatal to incapacitating to minor crashes.

All photos taken by Clark Goldenrod. 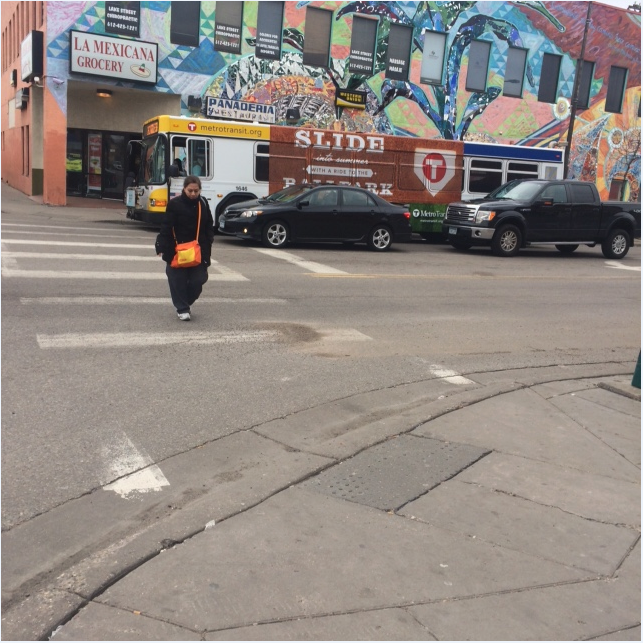 Pedestrian crosses several lanes of traffic on an ill-defined crosswalk. 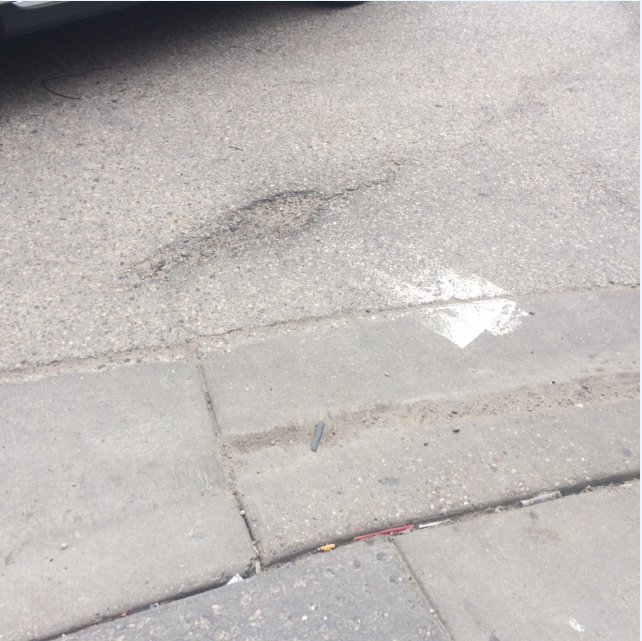 Pavement in disrepair in crosswalk. 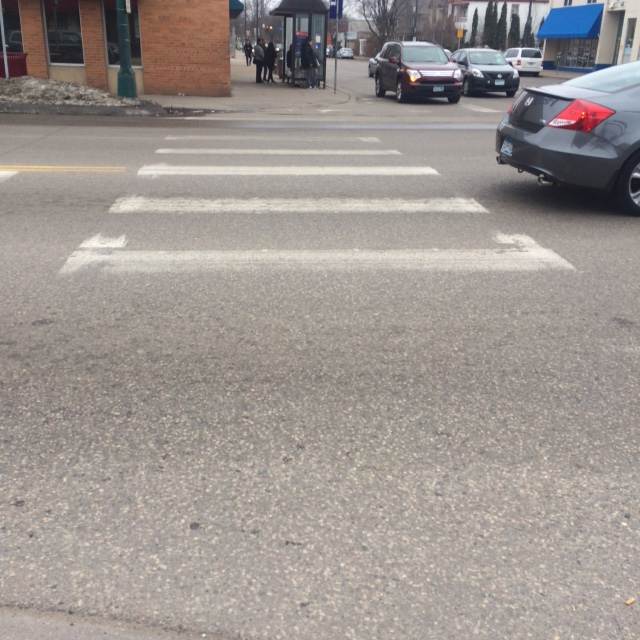 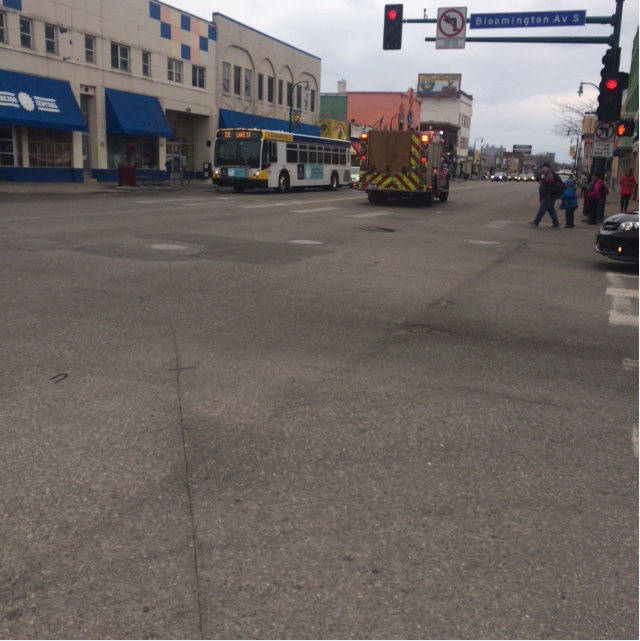 This intersection is the meeting of two huge city streets, any way a pedestrian tries to cross, they are walking past several lanes of folks in cars. 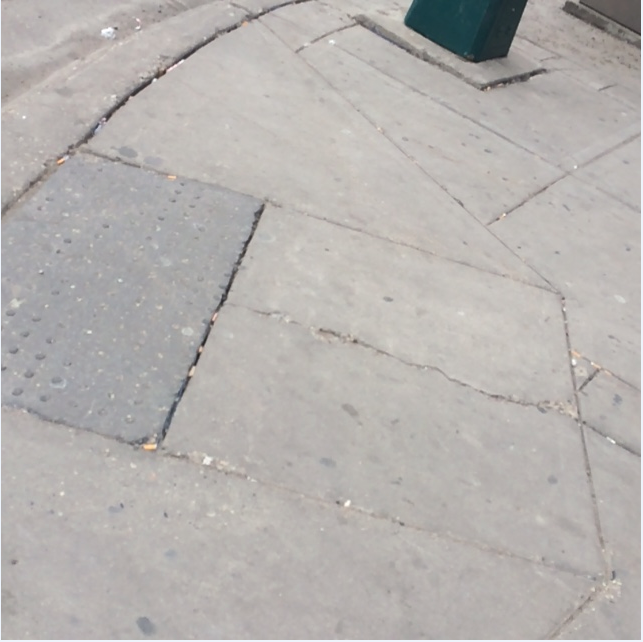 Sidewalk at crosswalk is uneven.