UPDATE: Hennepin County will be updating the curb ramps at Franklin and Chicago as part of their ADA curb ramp project in 2021. The sidewalk bordering Peavey Park will be made ADA compliant as part of a Park board project. 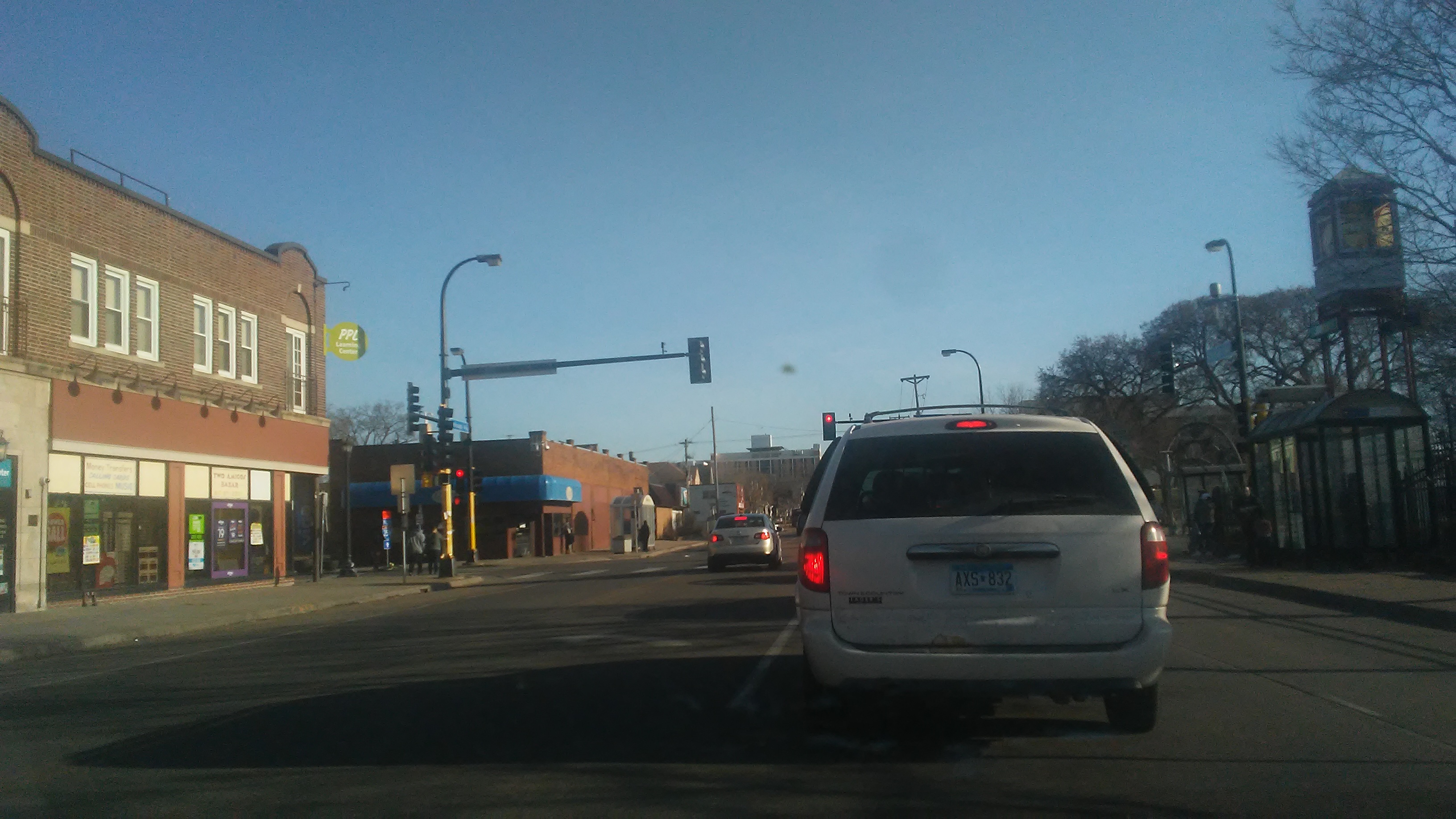 The intersection of Franklin and Chicago, from the North side of Chicago.

This intersection makes me anxious for several reasons. There is high influx of pedestrians, personal automobiles, and buses at all times of the day, rush hour is particularly bad. The infrastructure of crosswalks, lights, and bus stops is old and crumbling. There are extremely well-used bus stops on all 4 corners of the intersection. Franklin has left turn lanes, but Chicago does not which leads to back ups in traffic and drivers swerving around left turning cars and stopped buses. Finally, the sidewalks are in most cases are not ADA compliant. 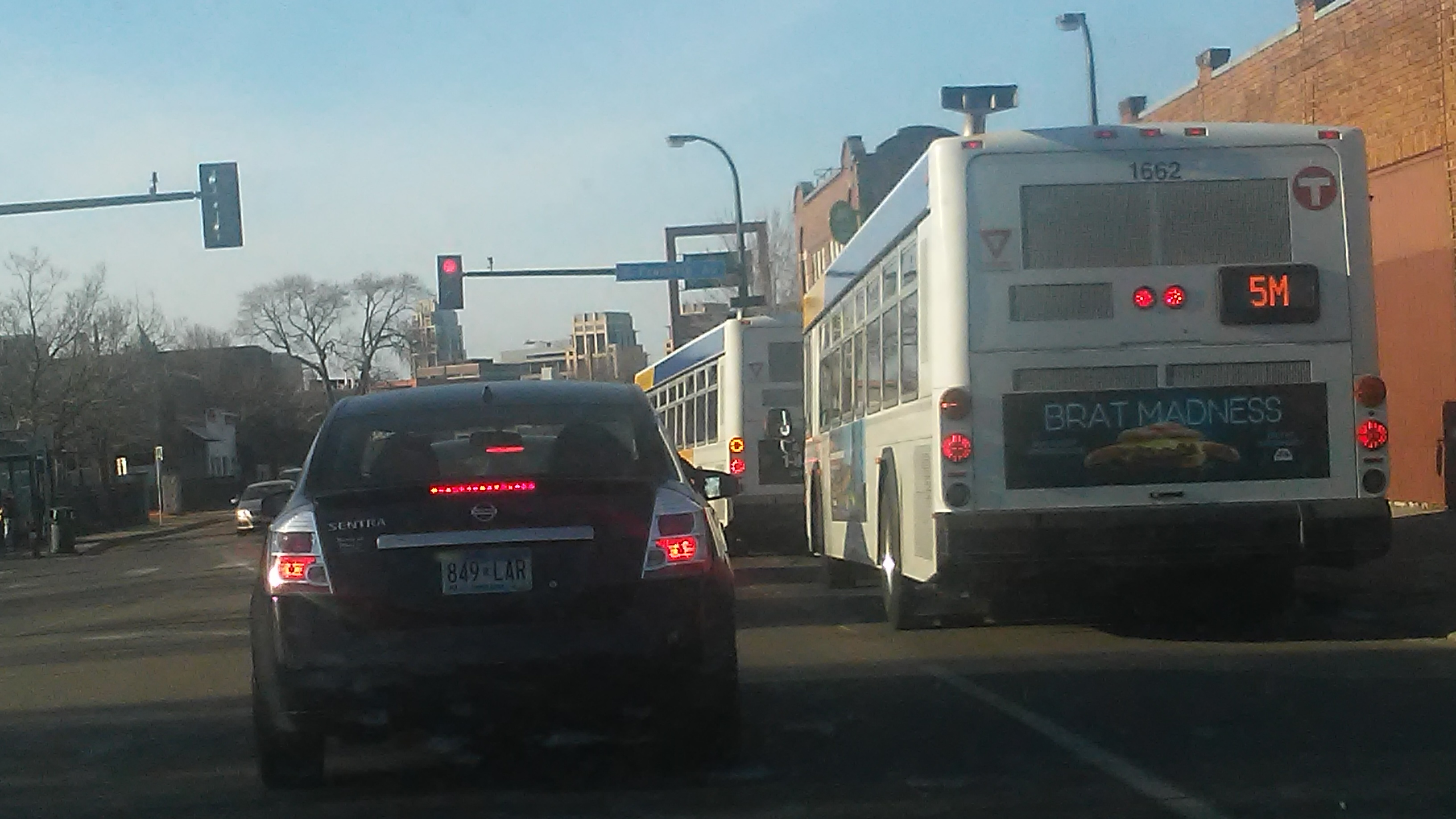 Two buses stopped on the south side of Chicago Ave, blocking traffic and the crosswalk, at the intersection of Chicago and Franklin.

The only time I am a pedestrian at Chicago and Franklin is when I have to catch a bus there, as the intersection has four bus stops with many routes. My stories as a pedestrian revolve around fear of crossing the street. Frustrated drivers stuck behind left turning cars or stopped buses tend not to look for pedestrians before turning. The streetlights are also old and some of the pedestrian signals don't work well.

Twice I have crossed Chicago, with a green light in the crosswalk, and been almost hit by a car turning right on red passing another car waiting for a green light. A third time a left turning car skirted to a stop inches from me while I legally crossed Franklin.

Chicago and Franklin is a huge hub of activity which is part of the reason it has so many transportation issues. My avoidance of the intersection is not a solution to the problem of this dangerous intersection but a show of my privilege to cross where I want to and take a different form of transportation if I need to.

The high volume of cars, buses, bikes, and pedestrians that go through the intersection day to day will not change.  The crumbling infrastructure of Chicago and Franklin is not going to change on its own.

All photos taken by Frances Stevenson.