26th and 28th Streets in South Minneapolis are currently being discussed for long-needed neighborhood, walking, and biking improvements. The final of three public meetings is Wednesday, August 27. It is important that staff hear from many people in the community, so please come!

26th and 28th Streets have the worst and 4th worst bicycle crash rates in Minneapolis, have serious walking safety problems too, and detract from the neighborhoods they run through at high speeds. Recognizing this, the City has been doing outreach to get feedback about potential improvements.

We understand that consultants for the City will present two options at this third public meeting: a one-way protected bike lane on each street with traffic calming or a two-way protected bike lane on one street with traffic calming on both streets. They will be presenting details on trade-offs and costs for both potential options and asking for feedback. 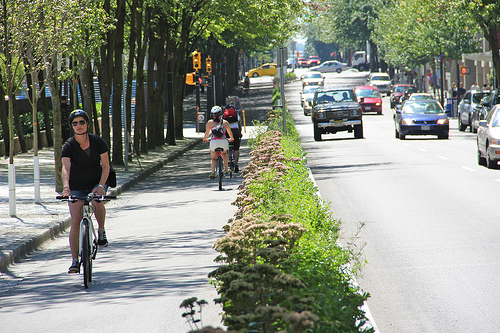