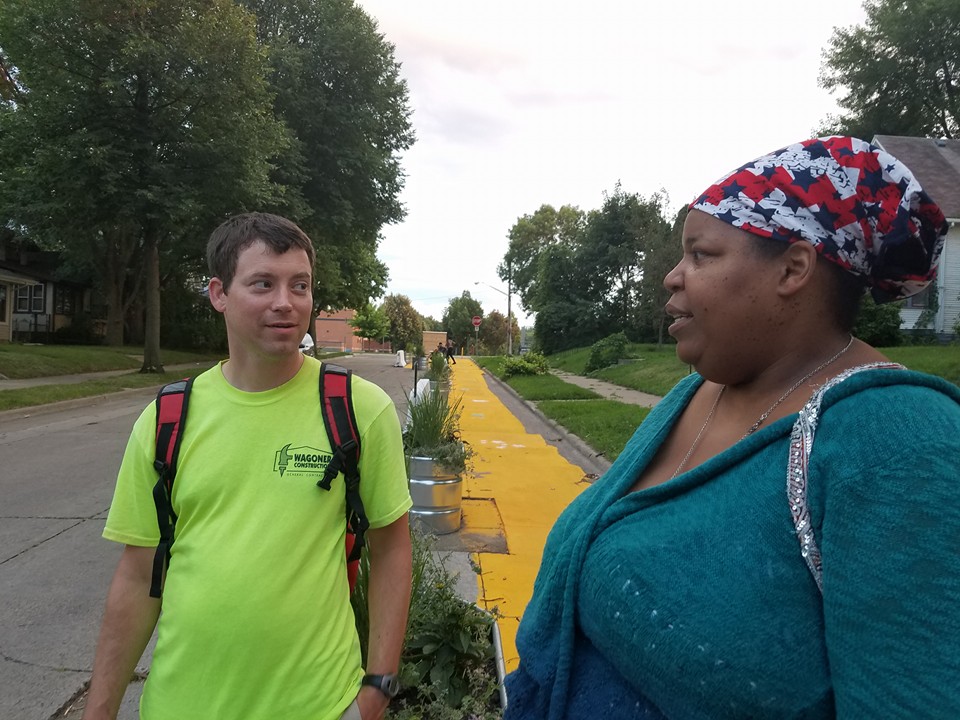 Thanks to Council Member Blong Yang for hosting a listening session on the temporary North Minneapolis Greenway demonstration segment. CM Yang held his event on Monday, August 1, and several neighbors showed up to provide feedback.

After the event concluded, the Temporary Greenway demonstration continued to be used by several groups of 2-4 neighbors, including youth, parents walking with their children, and families spending a pleasant evening in their front yard.

This block of the test pilot is open to traffic, and roughly 3-4 motor vehicles made use of the street during the two hours from 6:30 - 8:30.