Chicago Ave Bike Lanes: When Did Those Happen? 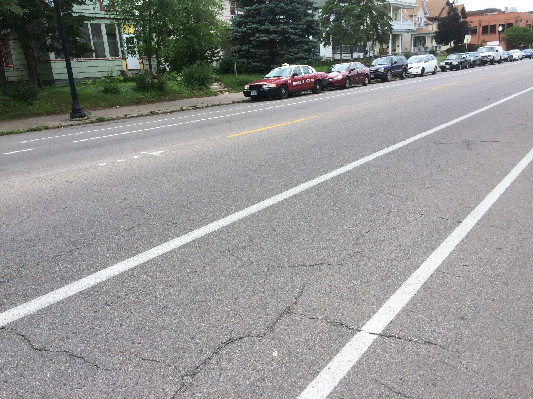 In May, bike lanes were striped on Chicago Avenue between Lake Street and 46th Street. Interestingly, no one really knew this was happening until they were painted. The lanes were implemented as part of the repaving of that section of road, no parking was taken away, and no traffic lanes were eliminated, so overall it was a pretty non-controversial project.

This is not something we should take for granted. Just imagine what people would've thought in 2009, when we only had 44 miles of on-street bikeways, compared to today's 118 miles. That year, the city was celebrating the addition of a whole seven miles of bikeways. Putting in this 2 mile stretch of bike lanes on a major street, especially one with a high frequency bus route and many businesses along it, would certainly not have been routine. The addition either would have been celebrated by the city or would have faced a lot of pushback from residents and businesses.

The fact that this addition was treated as routine is a testament to how much attitudes have changed and how successful bike advocacy has been in Minneapolis. Now, pretty much any street repaving or reconstruction is an opportunity to implement another bike lane from the city's Bicycle Master Plan and that's how it is. That is something to celebrate.

If we continue to advocate for bicycles and work to change people's attitudes, maybe someday, possibly even in the near future, protected bike lanes will be treated the same way as this simple bike lane on Chicago was: routine.