Bike Parking – Why We Need Your Help

Earlier this year, the Minneapolis Bicycle Coalition worked with the City to install sixty bike meter hitches as they converted parking meters to pay stations.

With the help of volunteers, we’ve gotten more than 100 bike hitches in Uptown and we convinced the City to increase the total number of bike hitches thru out the City to 180 total. They agreed but asked that the focus be elsewhere (Downtown and near the U of M). As of today, we’ve got approximately 60 bike hitches yet to install.

Here’s where you come in: If you park your bike in Downtown, Dinkytown or Stadium Village, let businesses know by 1) asking them personally to purchase a bike hitch for only $50, and 2) leave this flier.

OR you can join us on Saturday, October 20th, at 1:00pm at Espresso Royale in Dinkytown (411 14th Ave SE) to hand out fliers to Dinkytown and Stadium Village businesses.

These new hitches are important, because the new pay station meter signs are        legal – but not secure – to park to, as illustrated in these two pictures:

This bike would be all too easy to steal: 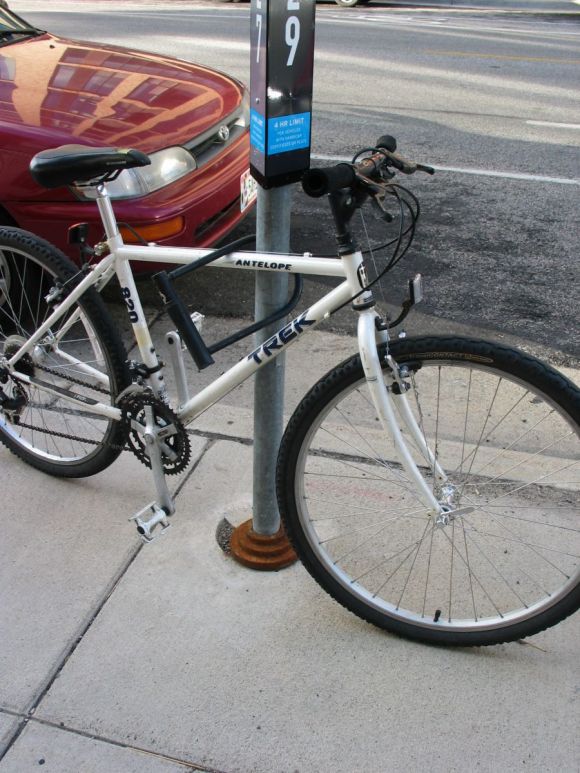 Help us get more secure bike parking in Downtown and Southeast!