Bike-Friendly Projects at the U of M


On Tuesday, February 5th, cycling enthusiasts met at the Nomad World Pub on the West Bank to drink beer and hear Steve Sanders talk about bike-friendly initiatives at the U. Steve is the alternative transportation manager for the University of Minnesota, Twin Cities.


Steve started with the ZAP University program, which tracks and rewards cyclists traveling around the U. The program has attracted 1,800 participants so far, who have logged over 1,000,000 miles traveled. He hopes to garner support from insurance companies looking to keep their customers active and healthy.


Then, Steve turned to Washington Avenue, which is being rebuilt (check out this PDF of the Central Corridor construction overview). He's concerned that the preferred intersection design could pose a threat to cyclists. As the plan currently stands, bicyclists looking to turn left from the new street will need to look in three directions — ahead and behind at traffic, as well as down at the light rail tracks that might catch thin tires. Steve called for ideas to solve this potential problem before construciton on the avenue finishes.


And in case you didn't know, the Washington Avenue bridge carries the most bicycle traffic in the state. On average, over 6,000 cyclists cross it daily. Steve's last project is to enhance the safety where the bridge connects to the East Bank by widening the area between Smith and Kolthoff Halls, and altering the bridge enclosure, which would give the Weisman some outdoor space for programming. If you have any ideas on how to make the busiest bike route in Minnesota safer, let us know in the comments. 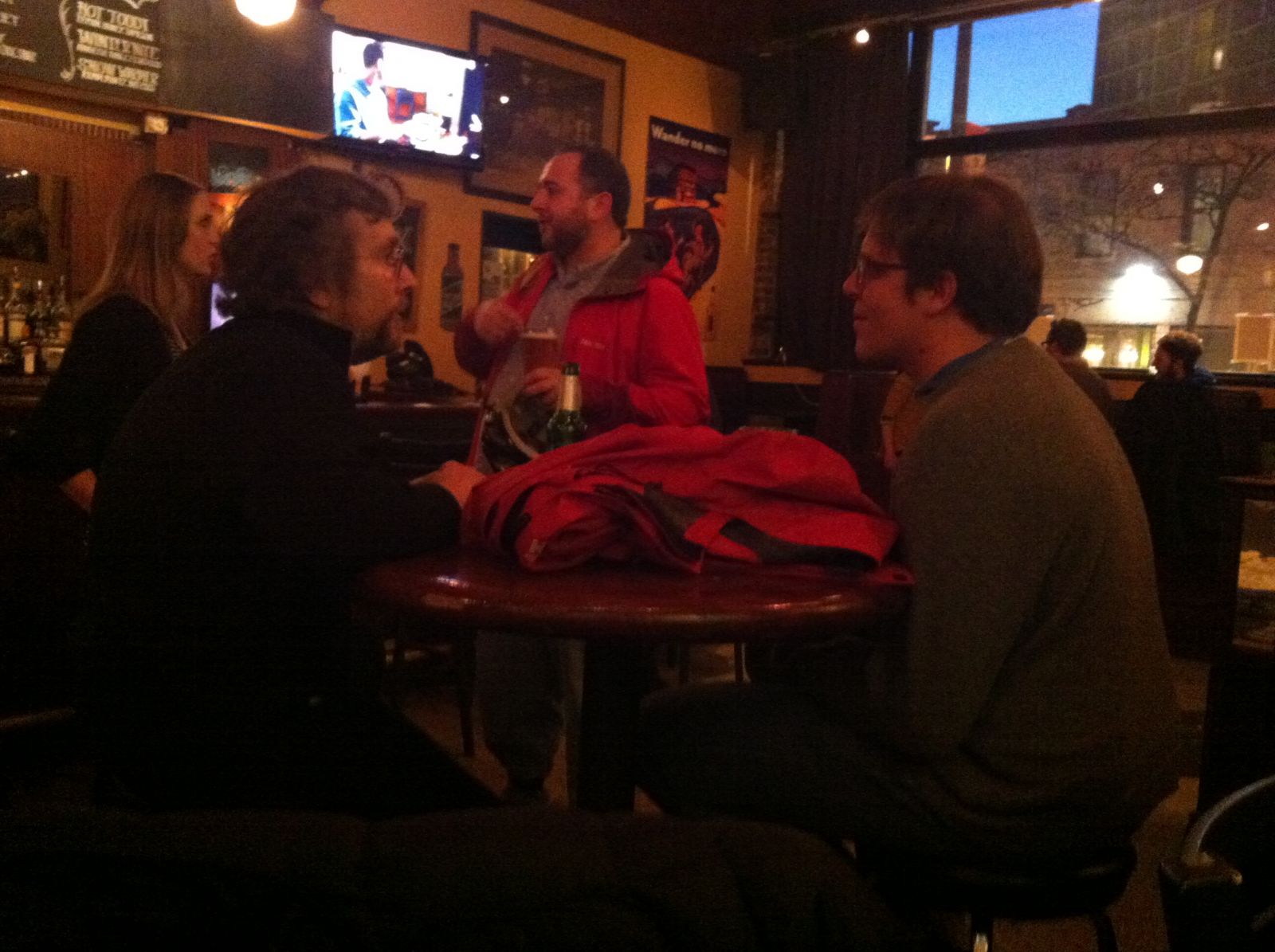 The event was smart, stimulating, and fun! It even attracted Bill Lindeke, the man behind the blog Twin City Sidewalks and a frequent contributor to streets.mn, from across the river. Make sure to come to the next happy hour organized by the Minneapolis Bicycle Coalition to help make our city more bike-friendly.