May 3, the Park Board unanimously approved a sweeping 25-year vision for improvements in the Bde Maka Ska/Lake Harriet area. It comes with restoring the name Bde Maka Ska to replace Lake Calhoun, a new land bridge to connect Bde Maka Ska and Isles over Lake Street, and much more. Here's some details.

Note: This post was updated 5/4/2017 to reflect final adoption of the plan.

The Tunnel that Still Can

For some reason (apparently concern over reported near crashes), the draft plan had included closing bike access in the Lake Street underpass connecting Bde Maka Ska and Isles (and replacing with street crossing of Lake Street). After receiving 443 comments opposed to removing this connection (by far the most comments of any area), Commissioner Erwin moved an amendment to keep as is and it passed no problem. We're glad for that! 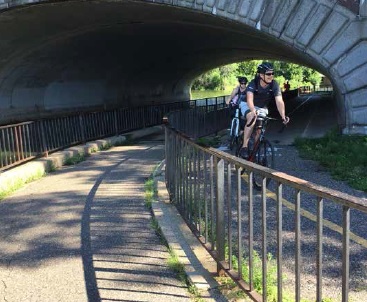 The April 19th public hearing included many impassioned speakers in support of restoring the Dakota name to replace Lake Calhoun. We are very glad for the restorative justice work being done in this plan to honor the historic and present connection to the water and land with the Dakota people, including making Bde Maka Ska the official name again. 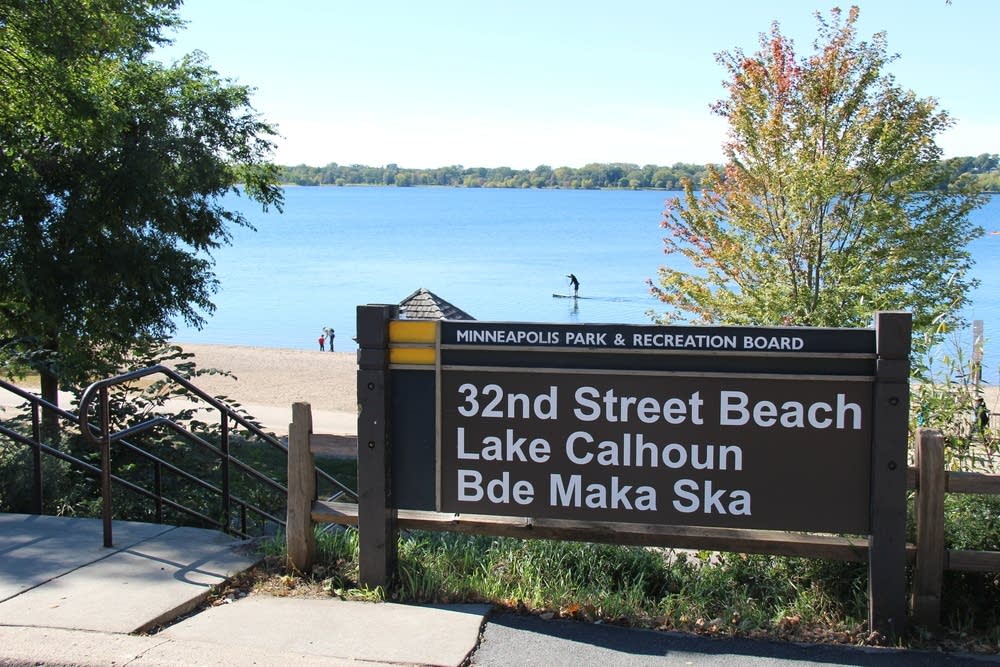 Transforming the Lower East Side of Lake Harriet

Oh what you can do when you replace a road for cars with trail and green space! Thanks to 408 people who supported this in the public comment period!

Current Lower East Harriet Parkway (right side is a lane for cars): 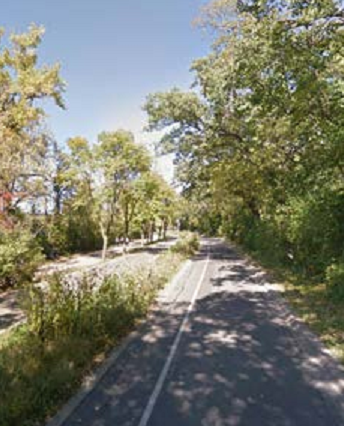 Currently Lake is super fast and wide and people are squeezed big time: 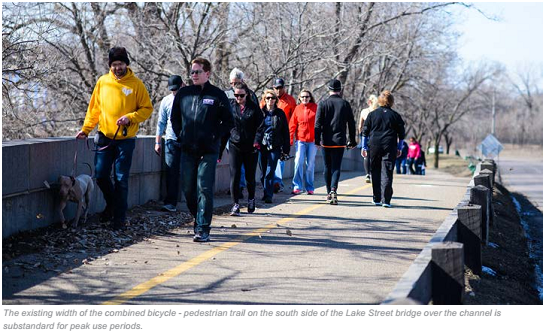 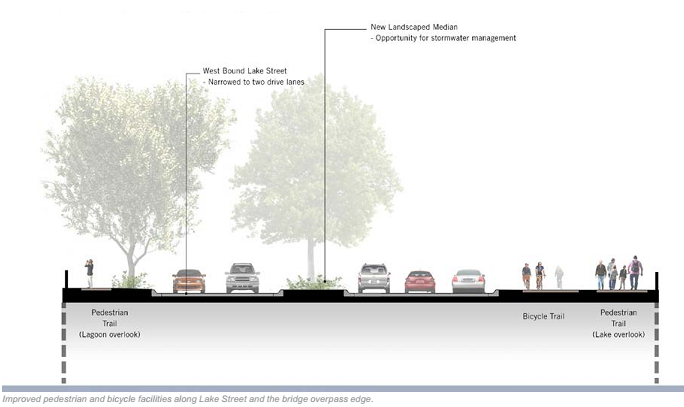 After receiving 401 comments in support of two-way bike trails around the Lakes, the plan was amended to include a commitment to doing more study of the possibility. Previously, the Park Board had it rejected it over concerns over more pavement and tree loss. Narrow car lanes, and we bet we can accomplish a lot without sacrificing green. We're glad they will take another look. We'll have to stay engaged since they shot this down before.

A Land Bride to Swoon Over

One of the most ambitious items in the plan is a "long-term" $39.5 million land bridge to connect Bde Maka Ska and Isles over Lake Street. We're not sure how it's getting funded, but it's certainly exciting to think about. 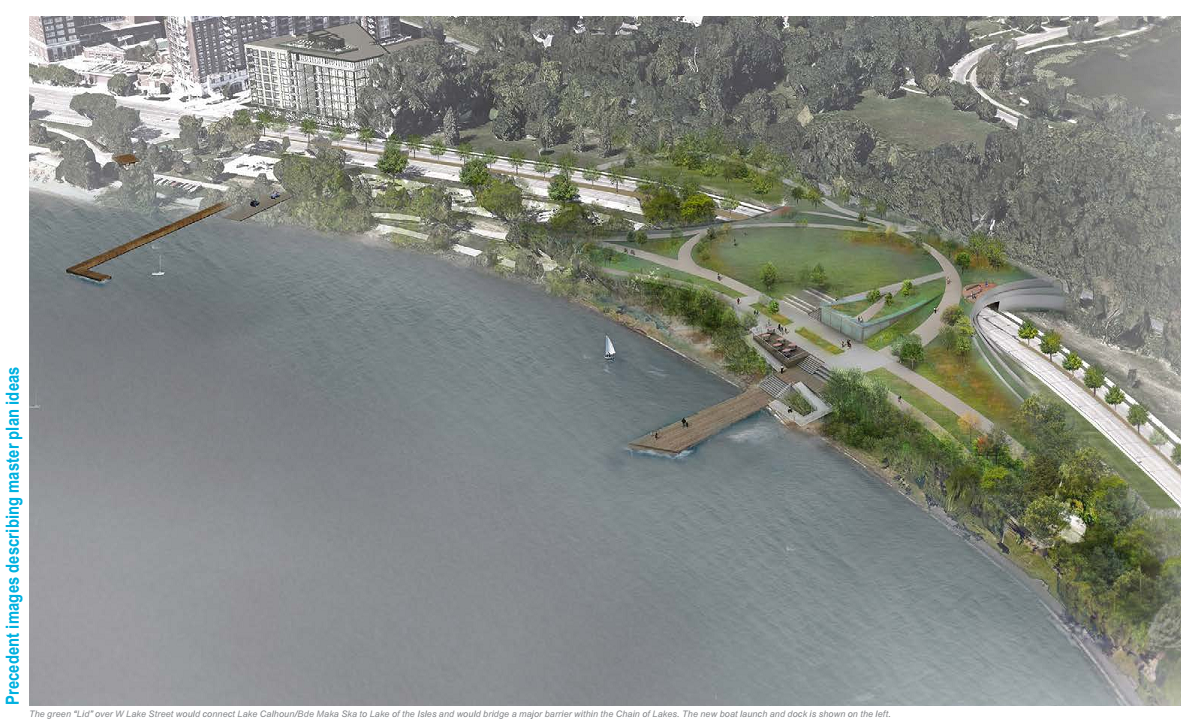 The Don't Walk Sign We Are Glad Was Changed Back

May 3rd, the Board voted to add back into the plan a new street-level crossing of Lake Street at East Lake Calhoun Parkway where there isn't one currently. Commissioners had previously amended the plan April 19 to remove this crossing. The Pedestrian Advisory Committee, Bicycle Advisory Committee, Sierra Club North Star Chapter, Midtown Greenway Coalition, and us all supported this in addition to retaining the underpass. We're glad to see it back in the plan! It will be a valuable new connection that will take strain off the underpass and provide increase access for people walking and in wheelchairs. And it can certainly be done safely or we wouldn't support it. 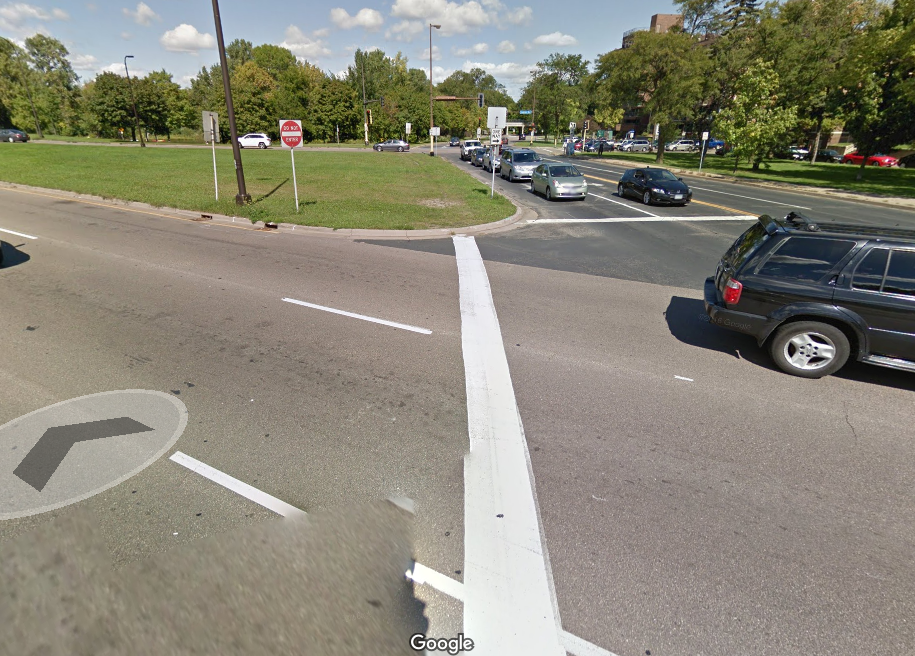