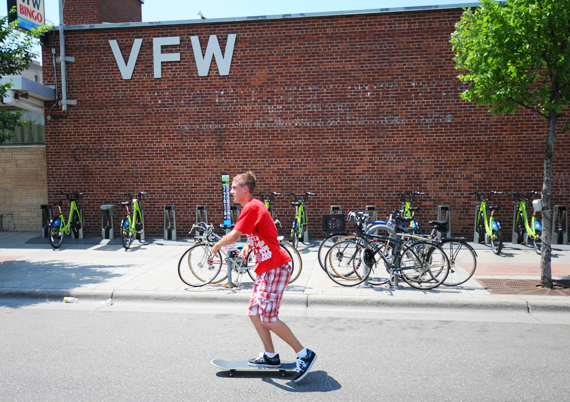 The Minneapolis Bicycle Advisory Committee (BAC) met on January 23.  The BAC passed a resolution recommending the addition of two new Open Streets events in 2013, adding to existing events held in Southwest and North Minneapolis.  The Engineering, Encouragement and Enforcement Subcommittee’s resolution suggested that new events be held in South Minneapolis between 35W and Hiawatha and in Northeast Minneapolis on Central Ave.  The BAC took further action by passing another resolution recommending that the City continue to provide public, in-kind support for Open Streets events.

Movement Toward a Cycletrack Network

The BAC passed a resolution in support of continued movement toward a Cycletrack network in Minneapolis.  The Engineering Subcommittee recommended that the development of a Cycletrack and street-to-park greenway network be put on the high priority list for implementation in the City’s Climate Action Plan.  Furthermore, the recommendation included a direction for City staff to take the lead in the planning of a Cycletrack network.  The Climate Action Plan includes building 30 miles of Cycletracks.