My apologies for the delay in reporting on last week's Minneapolis Bicycle Advisory Committee (BAC) Engineering Subcommittee meeting. I would have been in more of rush, but nothing too dramatic happened. For much of Tuesday's meeting, City of Minneapolis Transportation Planner Anna Flintoft updated committee members on the latest on the City's Protected Bikeways (building on her last report.)

Generally, the subcommittee was pleased with the progress Flintoft and the city was making on the Protected Bikeways plan. Obviously, tough choices had to be made because everyone can't get every protected bikeway they want prioritized. Here are a few of the takeaways thus far: 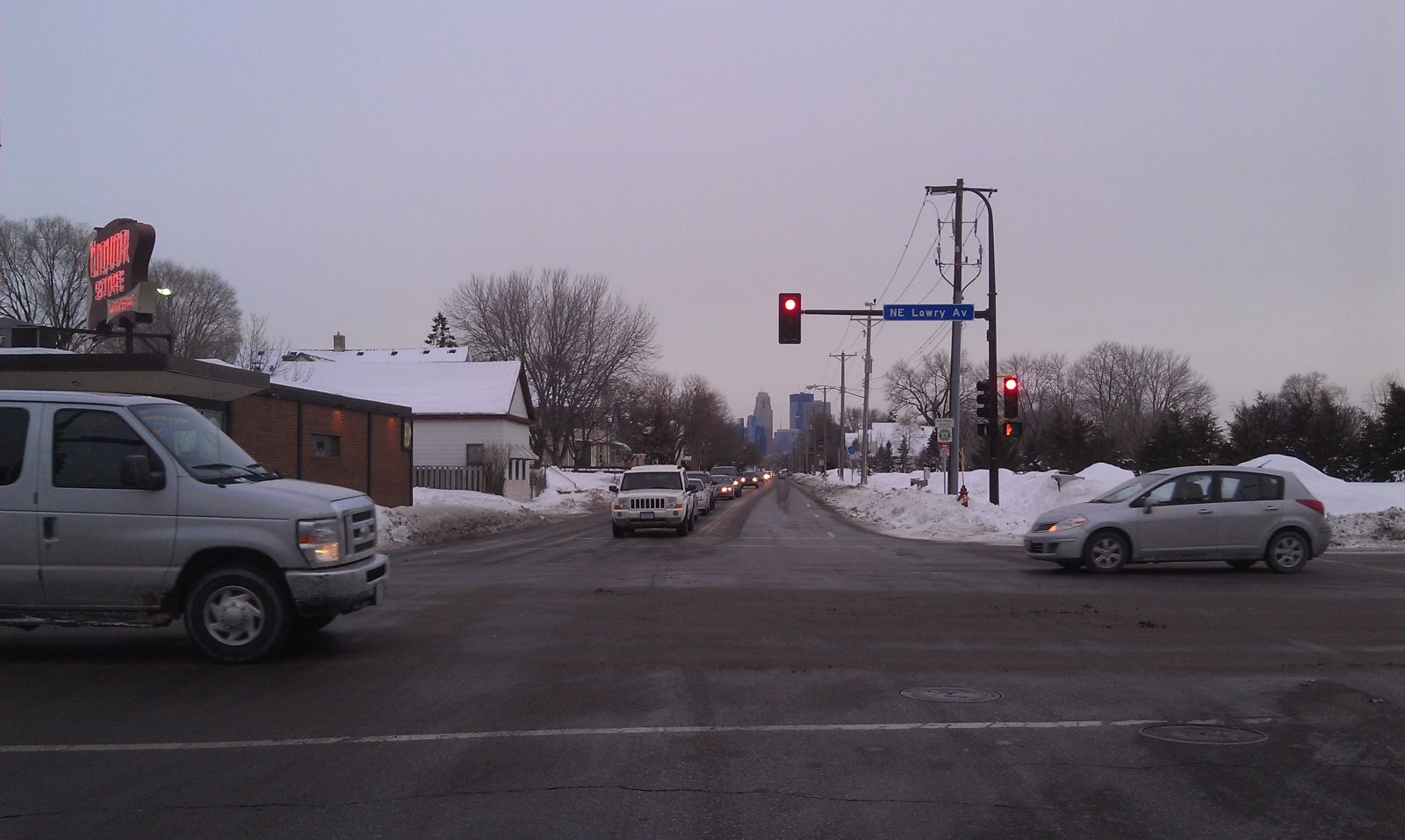 Marshall Avenue NE is wide enough to facilitate protected bikeways, but does Hennepin County have the will to implement them? And where will we store our unused cars for free?

Here's my take on one sticky spot in Minneapolis' planned Protected Bikeways system.

I think the Loring Greenway offers the best hope for a comfortable way to make it between points Downtown and Uptown. A big problem right now is the lack of wayfinding which makes it challenging for people to connect to the Loring Greenway from Hennepin or other roads from the Downtown. My preferred route is to cut over to the Greenway from Hennepin Avenue via Maple Street, but there is no facility on Maple Street and no indication that once can connect to the Loring Greenway there. Adding a facility and a sign would help smooth out this transition. The other options (which might make more sense depending where you're coming from/headed is to bike down Harmon Place or hop on the Loring Greenway from the Nicollet Mall (just south of 12th Street). Harmon Place might be a good option for a protected bikeway in lieu of Hennepin Avenue downtown. You could make a decent network with a protected bikeways throughout First Avenue downtown, South 12th Street, Harmon Place and Marquette or whatever street they choose for the missing North to South route through the heart of downtown.

The bike paths themselves through Loring Park could be made wider to facilitate greater traffic we'd expect with a better route. They are pleasant right now but they are narrow, especially considering the high amount of foot traffic in the park.

The next problem areas are the busy crossings with 15th Street, and the 94W off ramps. A few members have recommended speed tables at earlier meetings to make these crossing safer. Something like that should definitely be implemented. In addition, timing the lights to give bicyclists less wait time would help, too.

Crossing under the last flyover ramps, the Loring Greenway sends bicyclists up a switch back with a hairpin turn to climb toward its ending point where it spits them out on Bryant Avenue which is deemed a bike boulevard, but wouldn't really qualify for the low stress network due to the high volume of vehicle traffic and busy crossings. Lyndale deserves much better facilities since going up the switchback and over to Bryant can be very tedious (especially when you're not headed that direction). Following Lyndale Avenue instead of taking the switchback is more efficient for many destinations but much more dangerous since bicyclists are abruptly spit into traffic without a bike lane. 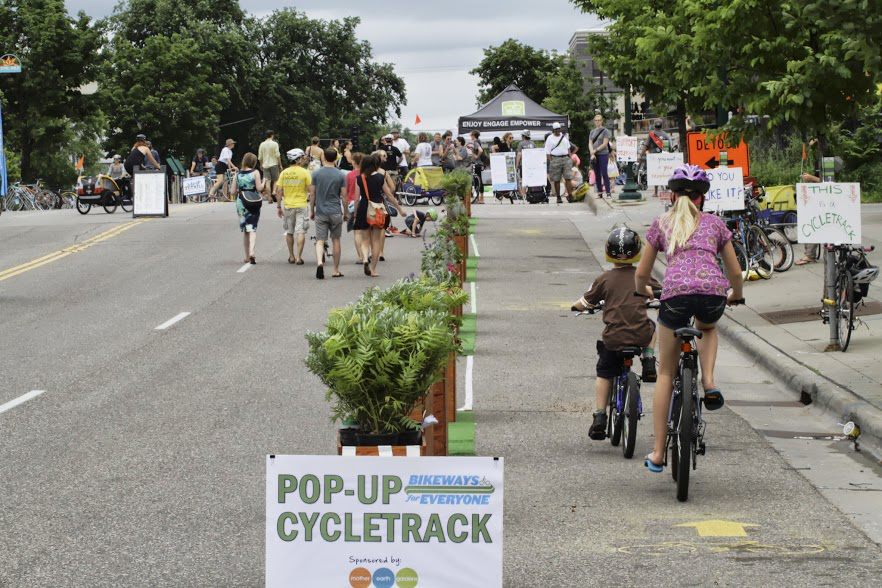 Last year, Open Streets Lyndale included a demonstration of what a protected bikeway would feel like.

Many bicyclists are headed to destinations on Lyndale Avenue in Uptown, and would prefer to use Lyndale to get there since there'd be no more direct route (see: this post on biking on Lyndale). So, ideally Lyndale Avenue would be reasonably comfortable for bicyclists, if not a route selected for a protected bikeway. Flintoft hasn't identified it as a strong candidate for a protected bikeway. Motorists are pretty attached to zooming down Lyndale to and from freeway. However, I'd argue overall the community would benefit from much more from traffic calming and improve accessibility for bicyclists and pedestrians than it presently does with the two car lanes in each direction.

In a dream world, I imagine just one travel lane in each direction (and not a particularly wide one) to leave room for a parking protected bike lane on each side of the street and a short crossing distance for pedestrians.

And then a bicyclist could get from the Target Field to Lyndale and Lake comforatably and entirely within a protected bikeway network.