The Marcy-Holmes Neighborhood Association hosted an open house introducing the concept for the new 5th St SE Pedestrian and Bike Bridge in mid-July.

The bridge connects two halves of the Marcy Holmes neighborhood that is divided by 35W: the university campus-centric east side with the more residential west side.  Currently, about one thousand bicyclists and over eight hundred pedestrians use this bridge per day.

Built in 1971, this 45-year-old bridge is less than ideal for the current volume and use. At only eight feet wide, the 5th St bridge is dangerously narrow for a busy two-way multi-use path. For some perspective, the national guideline calls for a minimum width of 10 feet. The bridge also does not meet ADA standards that require the slope to be no more than 5%. On the existing bridge, people walking or rolling face slopes as high as 10%.

Originally slated for maintenance in late-2018 or early-2019, MnDOT received a grant to replace the existing bridge because it could not be brought up to standards with only repairs. The grant allows for a full replacement to remedy some of these issues.

The proposed design for this bridge was on show at the open house. The three most prominent inclusions in the designs are:

Anyone that has ever used that bridge knows it is narrow, especially on a bike. The new concept features spacious corners and a 14-foot width. Additionally, the current plan shows one entrance for bicycles and two entrances for pedestrians (dependent on the sidewalk). This change should offer a safer and more streamlined process for people using both entrances. 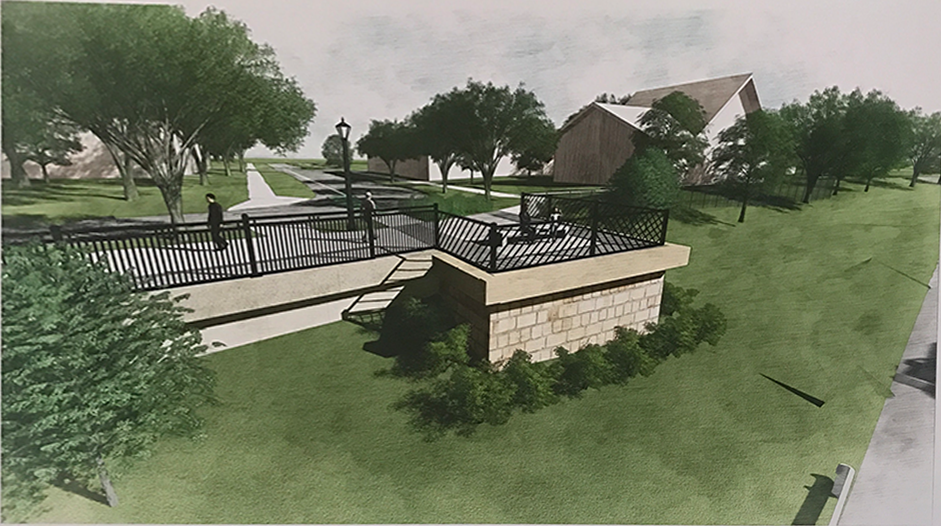 The most significant change, and what seemed to draw the most controversy, was the proposed layout of the bridge. The entrances are still located on 5th St SE. However, in order to make the ramps up to the bridge up to ADA standards (no more than a 5% grade incline), planners have removed the spiral that currently stands at the entrance to the west side. On each side, there will be a single ramp straight ramp that goes about 250 feet parallel with 35W on each side, then turns 90 degrees to the bridge over 35W. 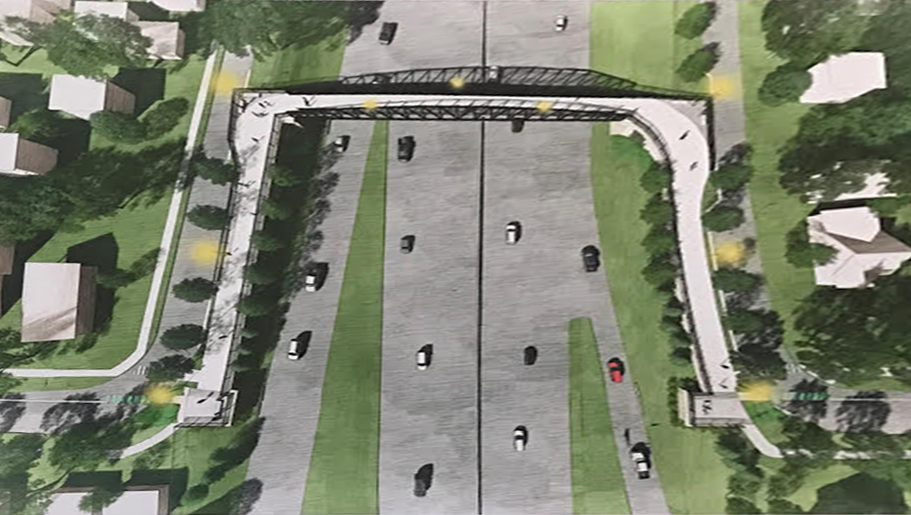 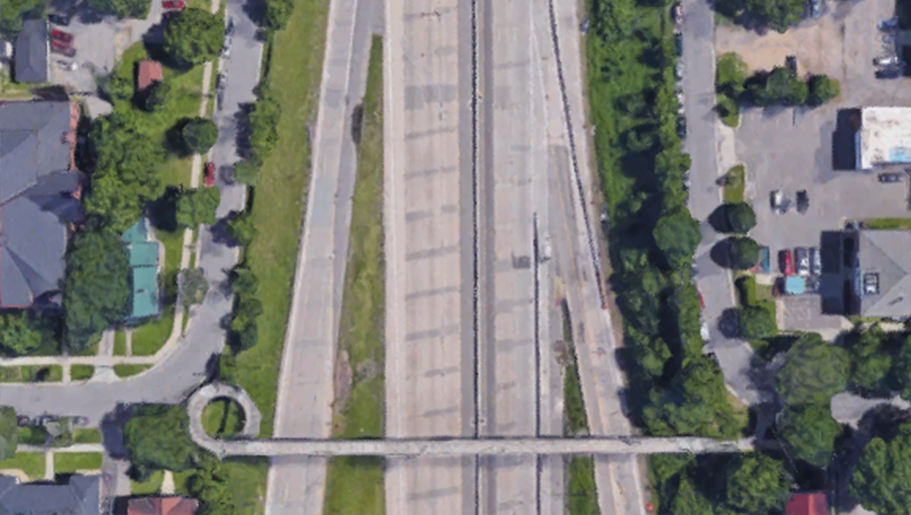 The introduction of these ramps caused some stir at the open house. These new ramps do add a substantial distance to the route over the bridge.

A major note of conflict was that there is no exit towards 6th St SE where the bridge ends at grade on the east side. Basically, anyone crossing the bridge is forced to walk all the way to the 5th St SE entrance/exit of the ramp.

According to the staff at the event, the introduction of an exit towards 6th St SE would require the construction of a new sidewalk. The sidewalk construction is not possible at this time due to a lack of funding. Additionally, the majority of traffic is coming from 5th St SE, so the benefit of that exit as compared the cost was rather low.

The third major change is the increase in user-friendly design elements. The existing bridge is nearly as old as the highway it spans. When the bridge was installed, the usability and aesthetics of pedestrian bridges didn’t receive much attention.

The bridge currently stands as a gray holdover from another time. Lacking lights, markings, or any aesthetic considerations, the current trip across the bridge is efficient. However, it is often anything but pleasant. 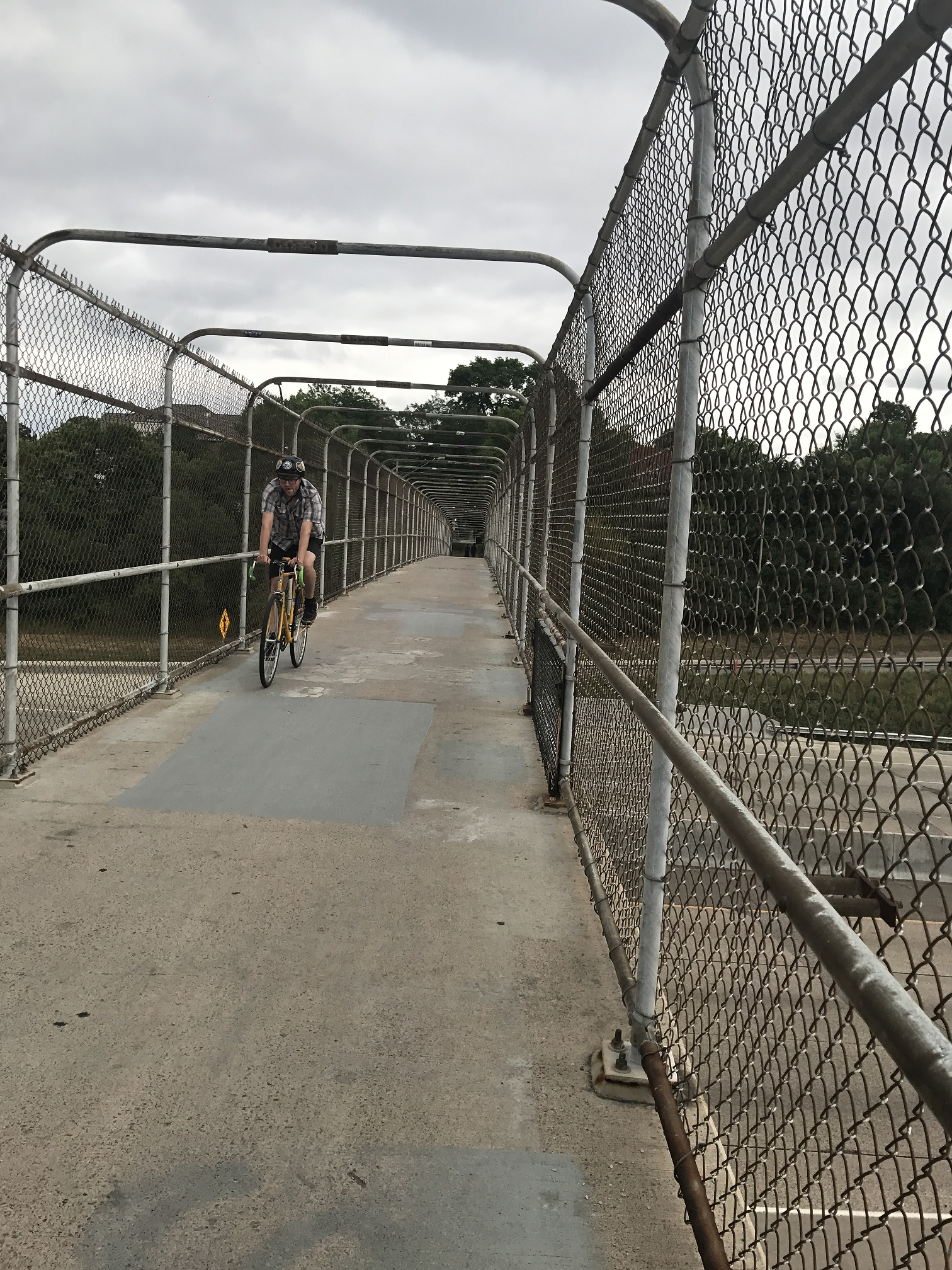 The new design offers a railing design which is more in line with current bridge designs around Minneapolis. While still tall enough to be protective, the new railing offers a more open feel.

Also featured on the design is the introduction of lighting on the ramps and the bridge. Lighting could help make the bridge more accessible to pedestrians who may not feel comfortable using a poorly lit bridge in the evening and who often do not have their own lights with them.

Finally, there is an introduction of seating areas on the bridge. There are benches and accompanying areas near each entrance and in the corners where the bridge spans 35W. 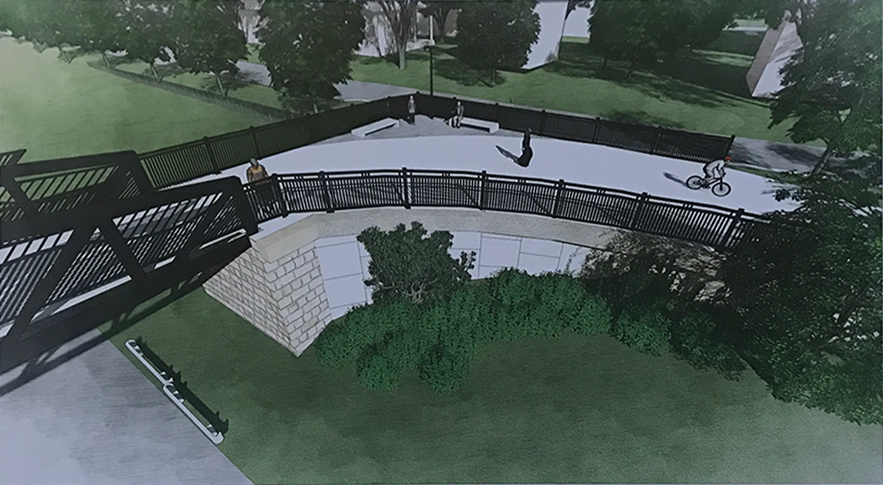 These designs are not finalized and MnDOT is still looking for feedback. If you have thoughts or questions about this design you would like to share, MnDOT asks that you get in contact with any of the people listed here. This bridge is an important link in our city and connects busy bike lanes and they need to hear your voice.