Blame Canada for dreaming up artery-clogging combinations of gravy and French fries but not for trying to make winter more bearable by facilitating cycling. Here’s a quick look at some of the efforts Edmonton, Montreal and Calgary are making to keep people in the saddle despite short, dark and frigid days. 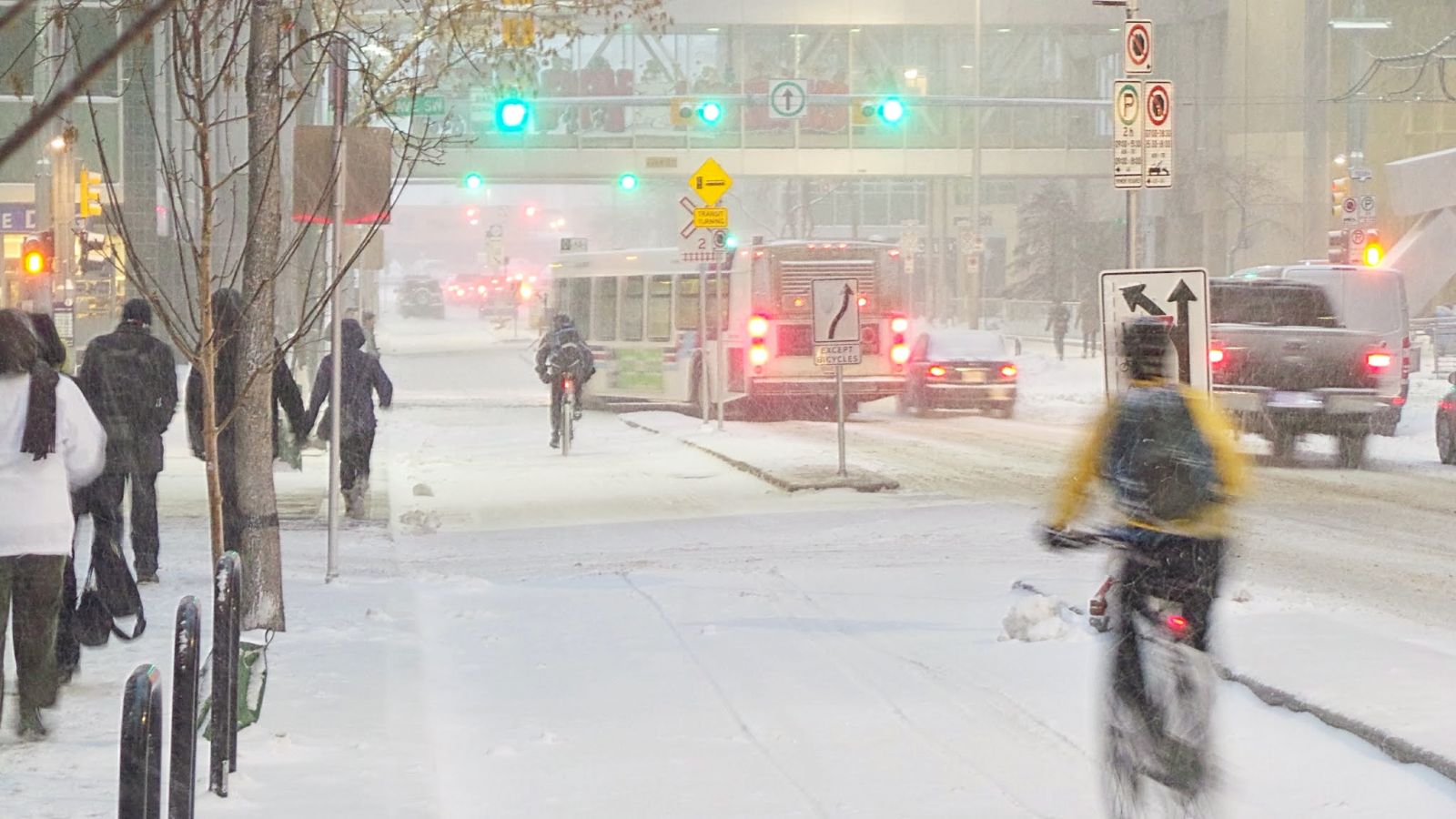 Cyclists in Calgary can easily find out which routes will be available during the snowy months through the city's website. Photo is from the City of Calgary Web site.

1) Dig out the bike lanes

Instead of allowing the bike lane to get buried in snow, the City of Edmonton has committed to keeping a meter-wide lane on a central north-south route plowed to bare asphalt all winter. While cars with their heat and weight end up melting residual snow left on the road after clearance, bikes are lighter and facilities need to be more thorough cleared. 106th Street will be cleared within 48 hours of storms. As the city works out the best approach to maintenance, it will survey both cyclists and drivers to get feedback. The information gathered through the pilot project will be used to develop the city’s priority bicycle network for snow clearance.

The key to high levels of winter cycling is prioritizing heavily-used routes and maintaining those routes predictability, according to Marc Jolicoeur of Velo Quebec in Montreal. The city keeps 20 kilometers of cycle track clear all season despite receiving an average 86 inches of snow. In comparison, Minneapolis averages 50 inches. Tracks are kept clear either through loading snow in trucks and hauling it away or through employing small plows.

Calgary’s winter conditions are very comparable to Minneapolis’s with similar average snowfall and temperatures. The city has about 500 miles of multiuse pathways, of which about 200 are maintained during the winter. Paths are cleared within 24 hours of a winter storm. Cyclists know which routes will be available because the city posts a detailed map on their website showing which paths will be maintained and which agency is responsible.

In Minneapolis, winter cycling has grown at a faster rate than summer cycling for the past five years, according the Bike Walk Twin Cities 2013 Count Report. Bikeway maintenance is shared among the city’s Public Works Department, Park & Recreation Board, University of Minnesota, and Hennepin County. Off-street bike paths maintained by the city, including the Midtown Greenway and Hiawatha Trail are cleared within 24 hours. The Park & Recreation Board keeps 50 miles of trails, including the Grand Rounds plowed throughout the winter. But there are gaps like the University of Minnesota Transitway Trail, which is not maintained during the winter. Generally, the city advises taking off-street facilities in the winter, according to their website. The maintenance on our trail system is admirable, as are those cyclists bundled up and riding. It would be great to see some more care for our on-street facilities and communication about what exactly is maintained during the winter. More information about which agency is responsible for which bikeway is available here.