250,000 Bike Trips on the Franklin Avenue bridge at one-year anniversary 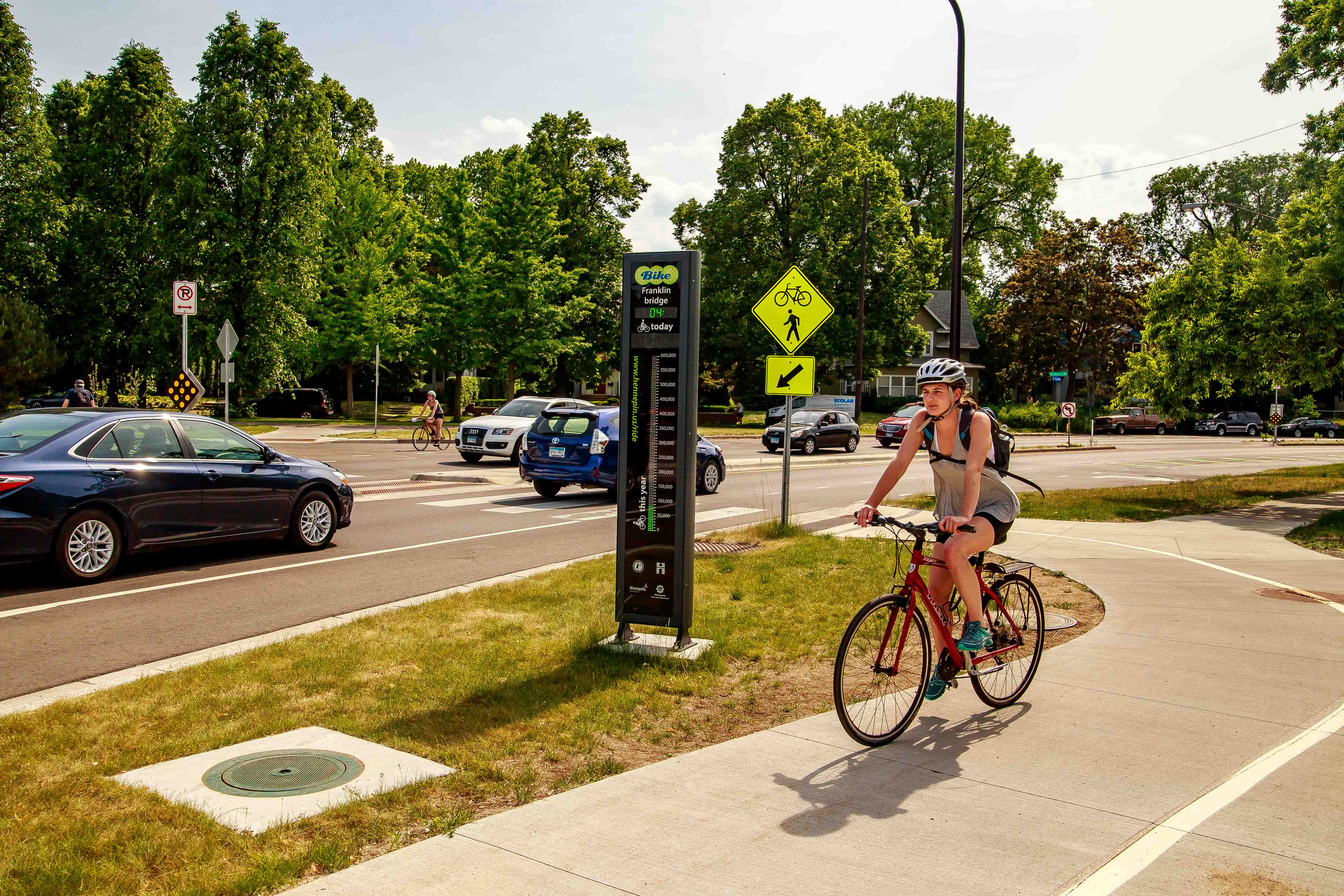 This Wednesday, October 11th marked the one-year anniversary of the reopening of the Franklin Avenue bridge over the Mississippi River. The bridge’s bicycle counter has logged its 250,000th bicycle trip along the reconstructed bridge.

“The Franklin Avenue bridge is a great example of the importance of building safe connections for people on bikes and people walking,” says Ethan Fawley, executive director of Our Streets Minneapolis. “This new bridge along with the protected bike lanes on Franklin make it easier for people to connect to jobs and school, and have helped improve the flow of traffic on this heavily-used bike connection.”

A quarter-million times this year, people made the connection across the Franklin Avenue Bridge by bicycle. There was clearly a need there,” said Jordan Kocak, Hennepin County bicycle and pedestrian coordinator. 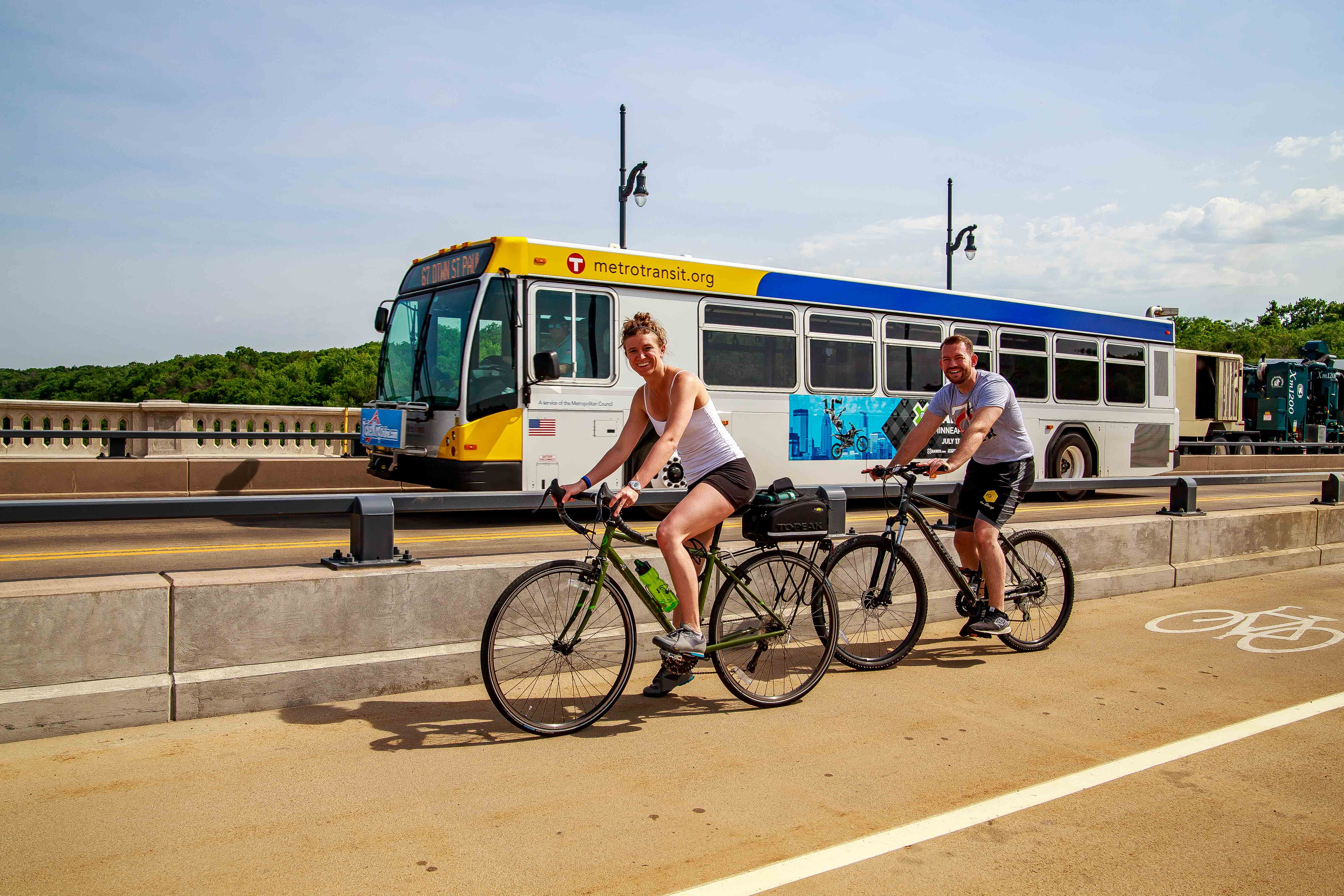 With the counter hitting 1,500 daily bike trips on a regular basis this summer, it’s clear that offering safe bike connections encourages people to try getting out on two wheels.

Alex Anderson’s bike commute takes him across the Franklin bridge multiple times a week. “I think the overall design improvements have resulted in an increase in bike/pedestrian usage,” says Alex. “I feel like the physical barrier severely reduces automobile noise for bike/ped users, which makes crossing the bridge itself much more pleasant. The reconstruction did seem to specifically take into account all types of road users, which is no small task!”

Seward resident Grant Boelter crosses the bridge regularly and says the new design has made the bridge a destination in itself. “It's a place where you want to linger and take in the amazing views of the river and downtown,” says Boelter. “It's become a daily destination for my wife, Julie, and I on our evening walks with our dog. It really is like we gained a new park in our neighborhood.”

The bridge includes features like decorative street lighting and railings that harken back to the original historic designs. It connects the West River and East River trails, and is an important connection for commuters from South Minneapolis headed to the University of Minnesota. The entire bridge deck was replaced by Hennepin County in just 17 weeks during 2016. The new bridge features a multi-modal configuration that will serve bicyclists, pedestrians and motorists well into the future. 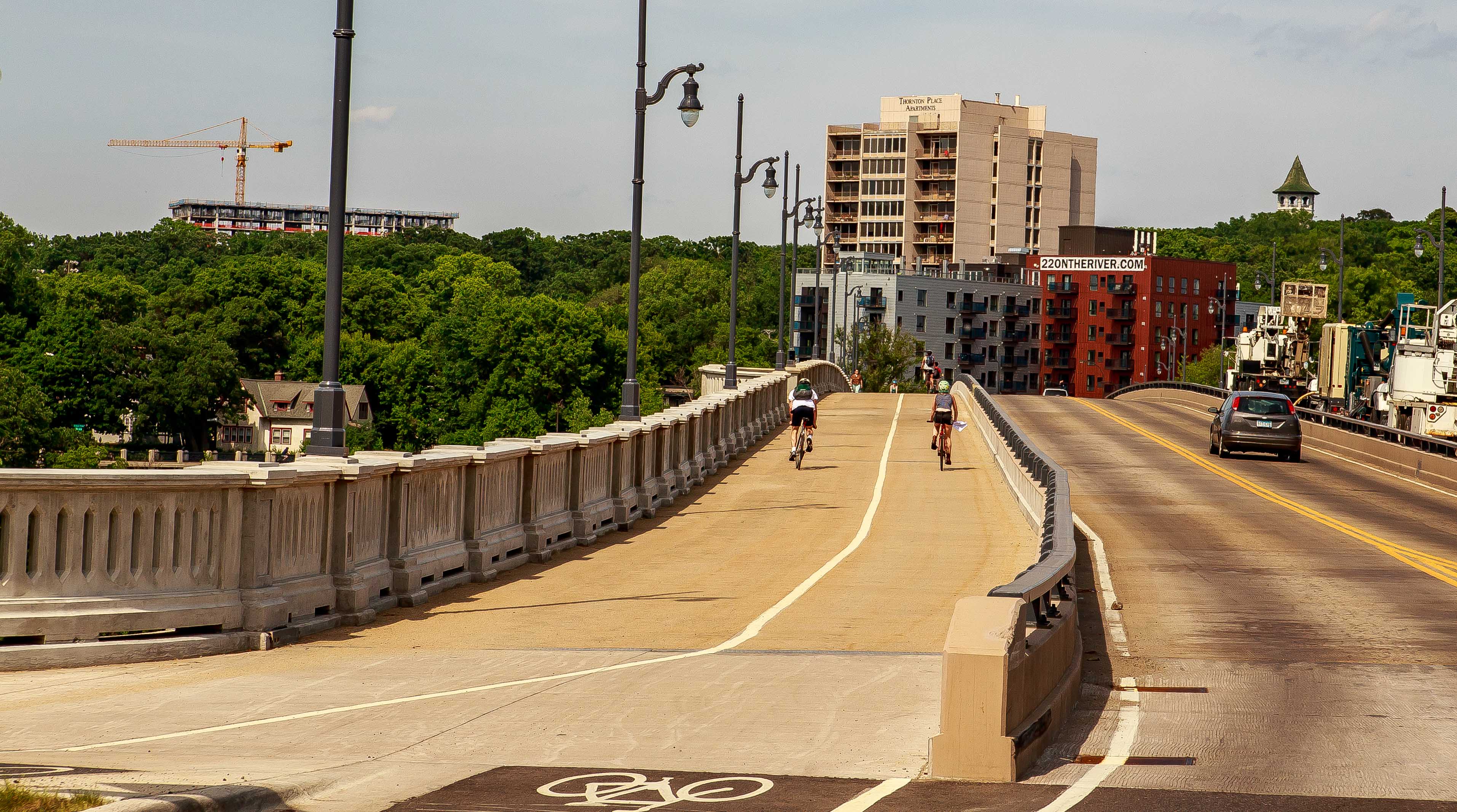 “County roads and bridges are important connectors, and Franklin Avenue Bridge is a great example of an innovative design that balances safety and mobility for everyone. It’s a legacy bridge for crossing the Mississippi River. Now, it offers a safe and comfortable connection for people walking, biking and rolling, while ensuring motorists can also get where they need to go,” Kocak said.

Intermittent restoration work has continued on the underside of the bridge this year. Work is expected to be fully complete in the coming weeks.